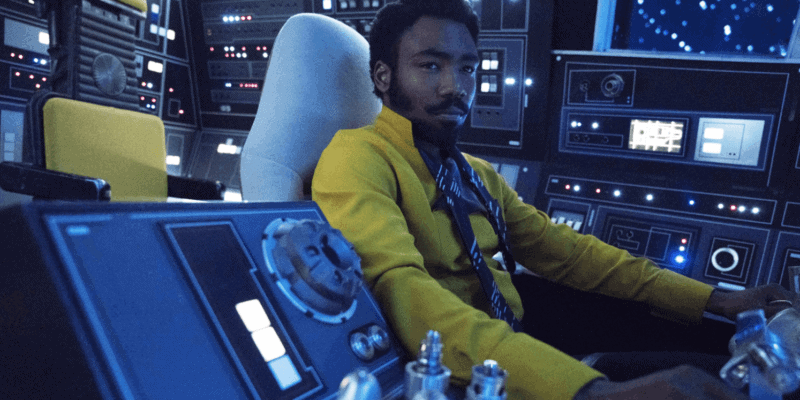 Lando Calrissian — Han Solo’s frenemy, one-time owner of the Millennium Falcon, and arguable savior of Rey (Daisy Ridley), Finn (John Boyega), and Poe Dameron (Oscar Isaac) on Pasaana in Star Wars: Episode IX – The Rise of Skywalker (2019) — is undeniably one of the most colorful characters in the Star Wars universe.

Made famous by Billy Dee Williams in the Star Wars original trilogy and sequel trilogy, Donald Glover stepped in to play young Lando in the standalone film, Solo: A Star Wars Story (2018).

This limited series will focus on the Cloud City-based scoundrel we all love to, well, love. The original Tweet about the series reads:

Amid the excitement surrounding The Book of Boba Fett, The Mandalorian Season 3, and Obi-Wan Kenobi, however, there have not been any real updates regarding the project — until now.

Glover — who is rumored to appear in the project alongside 84-year-old Williams — recently appeared on Jimmy Kimmel Live! where he was asked about his possible return to the Star Wars universe and whether or not he is currently working on Lando.

“Am I [working on the series]? Just telling all my business. No, yeah, I have a lot of things. I like to blossom then go away. Right now is definitely the start of another one of those. I have like a ton of stuff I’ve been working on, but I just want it all to come out at the same time, so I feel like that’s what’s important.”

While this is not unexpected news, it is the first time Glover has spoken about Lando publicly. In a since deleted November 6, 2021 Tweet, however, the actor also teased his Star Wars return, writing:

Details of the plot remain unknown, but it is certainly possible that both Alden Ehrenreich and Harrison Ford will return as Han Solo in some capacity.

It is also possible that Rise of Skywalker character, Jannah (Naomi Ackie), who many fans believe is Calrissian’s daughter will return in the show. Ackie has previously stated she would enjoy seeing Jannah get a spinoff.

“When peace reigned, [Lando] attempted to start a family, but tragedy struck and his infant daughter vanished. It was only later that it became clear who the culprits behind the abduction were: the First Order, building their fighting forces but also specifically striking out at the old Alliance leadership.”

If Jannah is, in fact, Lando’s long-lost daughter, his immediate interest in her would be explained.

One potential setup is that Lando could be flashback series featuring Williams sharing stories from his glory days (not that they ever really ended) and remembering scenes showcasing Glover.

No release date has been confirmed.

Are you excited to see Solo characters potentially return?