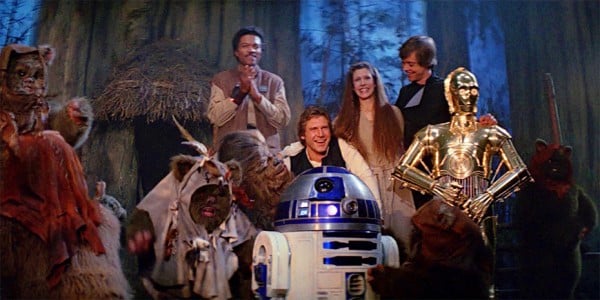 The Star Wars franchise loves a trilogy. From the moment George Lucas kicked off the iconic original trilogy with Star Wars: Episode IV – A New Hope (1977) to the conclusion of the sequel trilogy, Star Wars: Episode IX – The Rise of Skywalker (2019), trilogies have been the lifeblood of the Skywalker Saga.

Now, a new report has shared that Star Wars and Marvel Comics crossover series “War of the Bounty Hunters” — and the upcoming “Crimson Reign” series — will be joined by a third series called “The Hidden Empire”, rounding out a brand new trilogy for Star Wars fans.

And the best part? It’s all canon.

Where the first two series in this new Star Wars trilogy sought to fill in the gaps between the events of Star Wars: Episode V – The Empire Strikes Back (1980) and Star Wars: Episode VI – Return of the Jedi (1983) — namely what happened to Han Solo’s carbonite-encased body as he traversed the galaxy in a bizarre game of hot potato — details are unclear about where “The Hidden Empire” will fit into the Star Wars timeline, though it is likely to take place in the same general era.

It is important to note that neither Marvel nor Lucasfilm have officially commented on the project.

Previously, Star Wars writer Charles Soule shared details about his upcoming “Crimson Reign” project, teasing what fans can expect from the five-issue comic book miniseries, which is slated to release on December 1, 2021 — a delay from its original November 3 release date:

Although details about “The Hidden Empire” are not yet known, it is likely that the series will explore the connection between the Crimson Dawn crime syndicate and Emperor Palpatine’s (Ian McDiarmid) Galactic Empire.

Fans online are already coming up with their own theories, with Reddit user register writing:

Good! They have an end in mind. I’m curious to see how they wrap this all up.

War of the Bounty Hunters

I like it. Hidden Empire gives me “Shadows of the Empire” vibes. I’m wondering if we’ll ever get an adaptation of that story in this one. I’d love to see Xizor adapted for canon!

Another user, mildmichigan, is hoping for a Sith Eternal storyline, perhaps even one that involves Ren — the original leader of the Knights of Ren and Kylo Ren’s (Adam Driver) murder victim — who is playing an increasingly larger role in the Star Wars story:

Sith Eternal would make a ton of sense, since we know Palpatine is gonna be involved in Crimson Reign and Ren, who’s supposedly from the Unknown Regions

What do you think “The Hidden Empire” will be about?

Comments Off on ‘Star Wars’ Is Giving Fans Another Trilogy