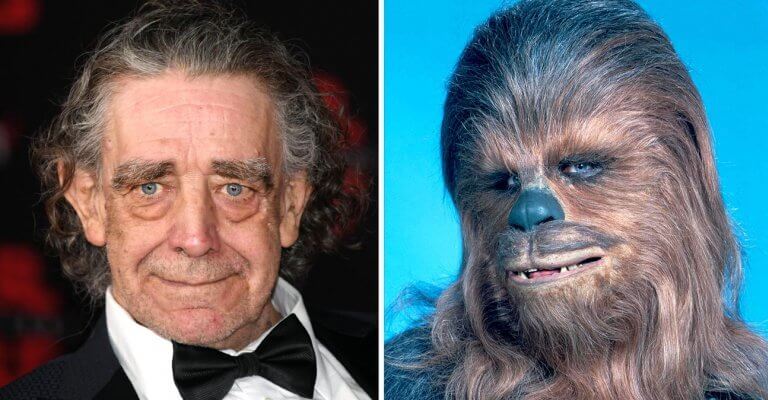 Peter Mayhew, known for starring as Chewbacca in the original “Star Wars” trilogy, passed away on Tuesday, April 30, at the age of 74.

The news was announced on Thursday on Mayhew’s Twitter account. Mayhew’s family released a statement and obituary honoring the actor, sharing that he passed away in his North Texas home surrounded by loved ones. As his family noted, Mayhew was famous for being “the man behind the mask” as Chewbacca in the original “Star Wars” trilogy as well working as and consulting for the role of Chewbacca in Episode III and the most recent trilogy.

“He fought his way back from being wheelchair-bound to stand tall and portray Chewbacca in ‘Star Wars: The Force Awakens,'” the family’s statement reads. “He also consulted on ‘The Last Jedi’ in an attempt to teach his successor. He put his heart and soul into the role of Chewbacca and it showed in every frame of the films from knock-kneed running, firing his bowcaster from the hip, his bright blue eyes, down to each subtle movement from his head and mouth. But, to him, the ‘Star Wars’ family meant so much more to him than a role in a film.”

Mayhew’s family also shared how committed the actor was to charity organizations. The actor created the Peter Mayhew Foundation, which supports people in need from all walks of life, from individuals and families in crisis situations to Venezuelan children on the road to freedom.

Mayhew’s “Star Wars” costars have spoken about their experiences with Mayhew and offered heartfelt messages following his passing. Mark Hamill, who plays Luke Skywalker in the “Star Wars” films, shared a Tweet on Thursday after the announcement.

He was the gentlest of giants-A big man with an even bigger heart who never failed to make me smile & a loyal friend who I loved dearly-I'm grateful for the memories we shared & I'm a better man for just having known him. Thanks Pete #RIPPeterMayhew #Heartbroken @TheWookieeRoars pic.twitter.com/8xbq9HEWF2

Additionally, Harrison Ford, known for his role of Han Solo, shared the following statement with The Hollywood Reporter:

“Peter Mayhew was a kind and gentle man, possessed of great dignity and noble character. These aspects of his own personality, plus his wit and grace, he brought to Chewbacca,” read Ford’s statement. “We were partners in film and friends in life for over 30 years and I loved him. He invested his soul in the character and brought great pleasure to the Star Wars audience. Chewbacca was an important part of the success of the films we made together. He knew how important the fans of the franchise were to its continued success and he was devoted to them. I and millions of others will never forget Peter and what he gave us all. My thoughts are with his dear wife Angie and his children. Rest easy, my dear friend.”

You can read the entire statement written by Mayhew’s family in their Twitter announcement below:

The family of Peter Mayhew, with deep love and sadness, regrets to share the news that Peter has passed away. He left us the evening of April 30, 2019 with his family by his side in his North Texas home. pic.twitter.com/YZ5VLyuK0u

A memorial service will be held for friends and family on June 29, but a memorial for fans will take place in Los Angeles in early December. Mayhew’s family will share more information on the public memorial service at a later date. To donate to the Peter Mayhew Foundation, visit the official website here.