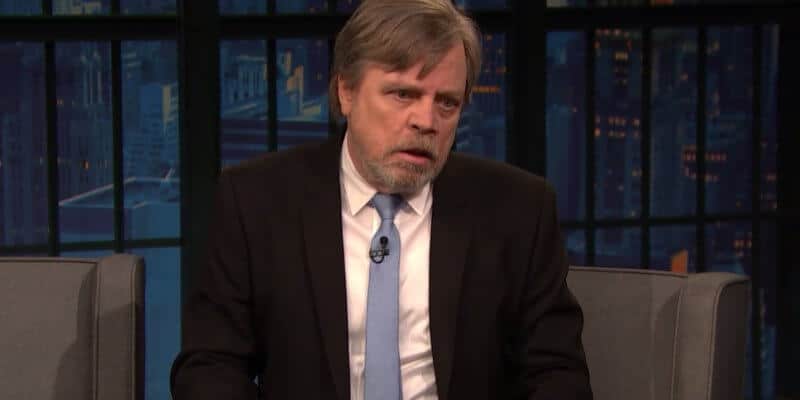 In a recent interview with Mark Hamill on “Late Night with Seth Meyers,” the original Luke Skywalker took a trip down memory lane to his time on the set of the first Star Wars film. While sharing the comedic story of his pal Harrison Ford, the star took the story to another level of funny with a hilarious impression of Ford and we’re still laughing.

During the interview, Hamill shared a story involving the trash compactor scene from the film, which involved the two of them on set together. Before filming, Hamill had taken a look at the continuity of the film up to that shot and pointed out the fact that he had just gotten out of a trash compactor and his hair should of been all wet and matted with “schmutz” in it. This was then followed by one of the most hilarious and accurate impressions of Harrison Ford of all time (seen below).

In impersonation of Ford, Hamill continued with Harrison’s reply to him, “Hey, kid, it ain’t that kinda movie. If people are looking at your hair, we’re all in big trouble.”

During the impression, Hamill’s voice became incredibly deep and his inflection and tone slowed down to a much slower pace, similar to that of the iconic actor’s. Following his impression of Ford, Hamill confessed the thoughts he had in that moment, “And I thought, he’s so right. And the next time I saw him he said, ‘Hey, I don’t sound anything like that,'” said Hamill.

Just recently, Star Wars fans learned of the official name of the next film in the current trilogy, “Star Wars: The Rise of Skywalker,” which came with the release of the film’s first official teaser. Here is a look at the teaser below.

Do you think Hamill’s impersonation of Ford was spot on? Let us know in the comments below!