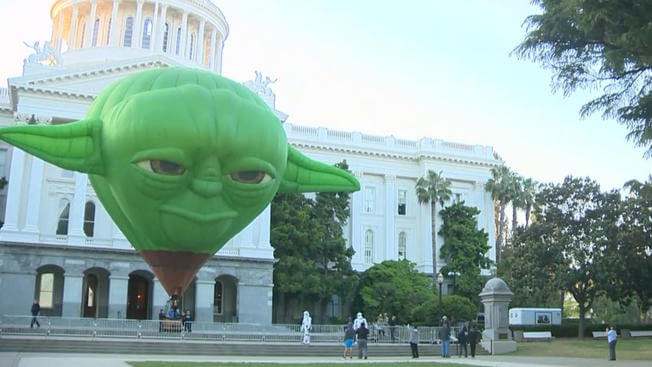 May the 4th be with you, always…at least, that’s what the state of California says. The Legislature of the Golden State has officially declared May 4 as “Star Wars Day,” and long-time “Star Wars” fanatics can now rest assured knowing their favorite day of the year is now an official holiday.

The California Legislature voted on Thursday to declare May 4 the official Star Wars Day in recognition of the Star Wars: Galaxy’s Edge opening this month. The new land, which officially opens to guests on May 31, will be the largest single-park expansion in Disneyland history and the most immersive land the theme park has ever had. California Assemblyman Tom Daly says Star Wars: Galaxy’s Edge could generate $14 million in tax revenue for the city of Anaheim annually. The resolution also recognizes The Walt Disney Company’s “decades-long record of enhancing the quality of life for people in California and beyond.”

For those unfamiliar with the Star Wars Day phenomenon, May 4 is a play on the classic phrase, “May the force be with you,” said throughout the “Star Wars” film franchise by numerous characters before epic battles, in times of need, and during significant scenes. It’s a phrase used to wish someone good luck to express that one wishes the Force will work in favor of the person they’re addressing. For years, May 4 has been unofficially known as Star Wars Day, even prompting Disney Parks to celebrate the day with special ride overlays, themed food, and character interactions. And now, statewide, it’s an official holiday for the state of California.

This announcement comes the same day as reservations opened for Star Wars: Galaxy’s Edge at Disneyland. To celebrate the resolution (and as a nod to “Star Wars” fans everywhere), the State of California displayed a Yoda-shaped hot air balloon outside the state capitol building in Sacramento. NBC reports that a charity group dressed as Stormtroopers also attended the announcement event.

For more information on Star Wars Day, visit the official website here. And May the 4th be with you, always.

How will you be celebrating Star Wars Day this year? Share your plans with us in the comments!