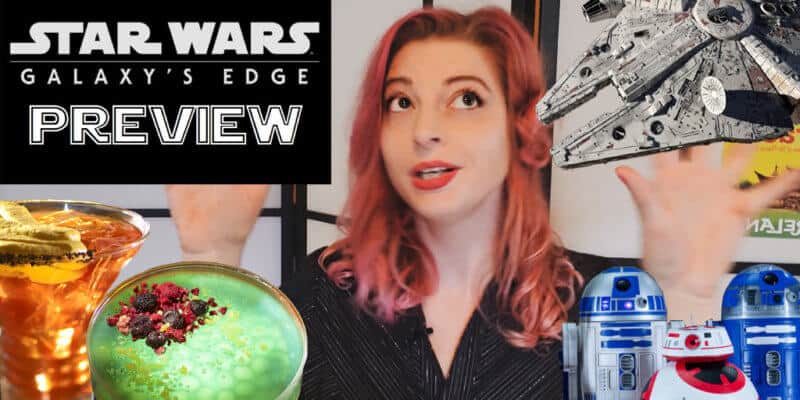 Since its initial announcement, there has been a massive amount of details revealed of the upcoming Star Wars: Galaxy’s Edge lands coming to both Walt Disney World and Disneyland Resort. Here is a look at EVERYTHING we know so far!

With so many details to learn about the new land, it can be hard to keep track. Luckily, Rain is a Star Wars nerd willing to spill everything we currently know about the new Star Wars land coming to Walt Disney World’s Hollywood Studios. In this preview, you’ll get a look at the Millennium Falcon and Rise of the Resistance rides, the strange and delicious Star Wars-themed foods, and even take a peek at your chance to build a lightsaber and make a drone.

Rain also explains what “Galaxy’s Edge” means, and what to expect as a new visitor at Black Spire Outpost. She’ll also tell you when you should start booking a hotel to try to visit Galaxy’s Edge this year.

Other topics covered in this video include:

Are you excited for Star Wars: Galaxy’s Edge opening at both Walt Disney World and Disneyland? Let us know in the comments below!

Comments Off on Here’s everything we know about Star Wars: Galaxy’s Edge