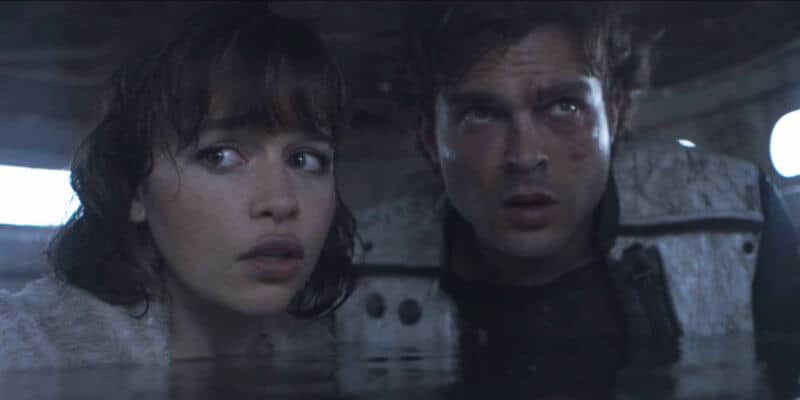 Ron Howard’s “Solo: A Star Wars Story” may not have made a tremendous splash at the box office, but the Lucasfilm-produced movie has developed a passionate following of vocal defenders and supporters among the larger “Star Wars” fan community. And now that the underrated (and underseen) Han Solo origin story is making its way to home video, viewers have another chance to better appreciate the effort that went into bringing this energetic and highly entertaining tale to life.

In a new deleted scene from “Solo: A Star Wars Story” unveiled exclusively over at USA Today, Han (Alden Ehrenriech) and Qi’ra (Emilia Clarke) are on the run from Moloch and his Corellian Hounds when they decide to hide in a vat of stinky eels to disguise their scent. The scene also provides a moment of romance between the two young lovers, before being interrupted by the slimy sea creatures swimming among them.

“Solo: A Star Wars Story” will be available on Digital HD and Movies Anywhere beginning Friday, September 14. The movie then arrives on Blu-ray Tuesday, September 25.