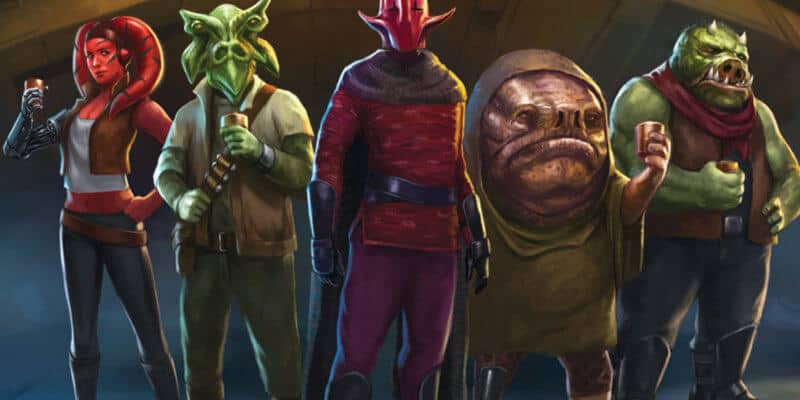 Lucasfilm Story Group member Pablo Hidalgo is a professional “Star Wars” expert, and since the year 2000, he has helped keep order in the galaxy using his lifelong knowledge of Jedi, droids, princesses, and scoundrels. He has also written numerous books about the cultural phenomenon franchises “G.I. Joe,” “Transformers,” and of course “Star Wars.” 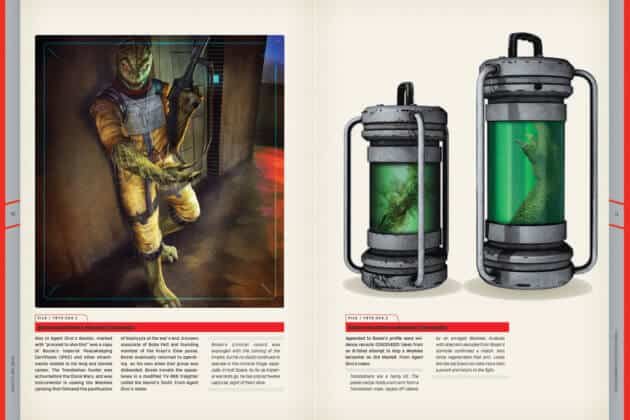 The book is cleverly constructed from fictional artifacts straight out of the “Star Wars” universe– chronicling the story of a family of police officers whose careers span the eras of the Republic and Galactic Empire, then up to and including the reign of the evil First Order. Through the eyes (and detailed notes) of these characters we learn about bounty hunters, gangsters, and the other dirty-deeded denizens of the Star Wars underworld.

The official description for “Star Wars: Scum and Villainy” from publisher Epic Ink is as follows:

Crime in the galaxy is a constant—whether it’s seedy deals made on the lower levels of Coruscant or organized crime syndicates in the outer rim—but how galactic law enforcement has defined those crimes has shifted with each change of power.

Star Wars: Scum and Villainy profiles the misdeeds of infamous smugglers, pirates, gamblers, bounty hunters, and thieves throughout galactic history. Page through the case files of three generations of galactic law-enforcers and explore their case reports, surveillance images, warrants, artifacts, and much more in this lavishly illustrated and in-world narrated book. Introducing all-new details and characters, this collection sheds new light on the galaxy’s most notorious. 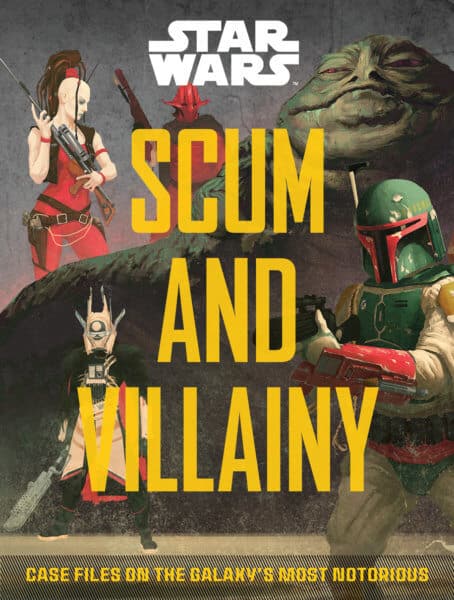 “Star Wars: Scum and Villainy” will be available on Tuesday, October 23 from retailers nationwide.

Comments Off on New “Star Wars: Scum and Villainy” book will expose criminal underbelly of A Galaxy Far, Far Away