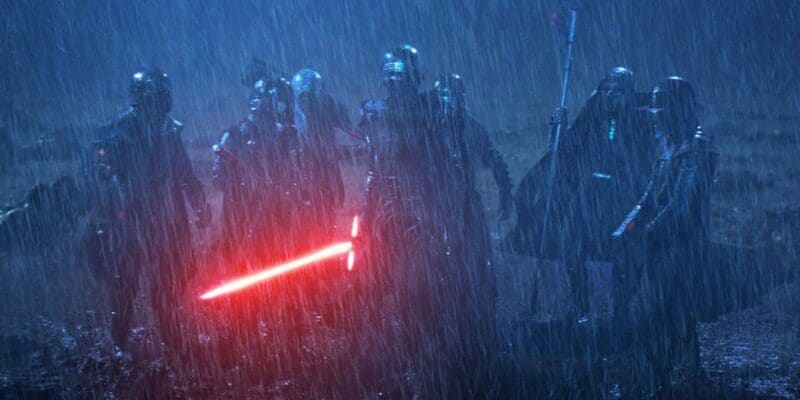 When it comes to the Star Wars universe, there are a few villains who stand head and shoulders above the rest — literally, in the case of original trilogy Darth Vader actor, the late David Prowse, who stood 6’6″ — and it is, sometimes, difficult to imagine new antagonists joining the ranks of Sith Lord Vader, Darth Maul, and Darth Sidious/Emperor Palpatine.

From time to time, however, the Star Wars story needs fresh blood on the dark side — and, in certain situations, the franchise has opted to move away from its traditional Sith antagonists.

Such was the case when Kylo Ren (Adam Driver) joined the Star Wars universe in the sequel trilogy, which includes Episode VII – The Force Awakens (2015), Episode VIII – The Last Jedi (2017), and Episode IX – The Rise of Skywalker (2019).

Ren — son of Han Solo (Harrison Ford) and Princess General Leia Organa Solo (Carrie Fisher), and nephew of Jedi Knight Luke Skywalker (Mark Hamill) — quickly became a fan-favorite character for many moviegoers, even amid the general divisiveness of the sequels.

However, one of the key issues with this trio of films is that the origin of Supreme Leader Snoke and the Knights of Ren — a group which Kylo himself led — was never fully explained, at least unless one wanted to read all manner of supplemental materials and novelizations.

Now, it seems that Star Wars is beginning to rectify some of these continuity issues by quietly introducing more and more details about Ren — the powerful man who first started the Knights of Ren, and ultimately became young Ben Solo’s murder victim as he fully morphed into the villainous Kylo Ren.

Recently, Ren has appeared in several Star Wars projects, some part of the existing, some not. One Reddit user recently posted:

I came across the “Lightsaber Collection” book in Barnes and Noble the other day. I was shocked to not only find High Republic characters in the book, but to find an entire section dedicated to Ren. It looks like we’re slowly but surely getting more backstory on this character.

I came across the “Lightsaber Collection” book in Barnes and Noble the other day. I was shocked to not only find High Republic characters in the book, but to find an entire section dedicated to Ren. It looks like we’re slowly but surely getting more backstory on this character. from starwarsspeculation

The text in the book describes “The Ren” lightsaber, in part, as:

A masked, scarred warrior who calls himself Ren commands the ranks of the Knights of Ren and plays a pivotal role in Ben Solo’s rebirth s the dark side disciple Kylo Ren, prior to the events of The Force Awakens.

Yet Ren claims he doesn’t owe allegiance to anyone, not even Supreme Leader Snoke. Instead, Ren preaches an ideology of self-centeredness, believing in his red-bladed lightsaber — the Ren — acts as a beacon. In his words, “the Ren doesn’t stop to worry about the right or wrong of it, the Ren just is. It lives, and it consumers, and it doesn’t apologize. It is its nature and nothing else.” Convinced that all things must obey their own nature, the Knights of Ren roam the galaxy, taking whatever they desire.

It is interesting to consider Solo’s life before we meet him in The Force Awakens, at which point he has already fallen to the dark side of the Force. With a rumored Ben Solo Star Wars trilogy in the works, it is certainly possible that Ren will make his way into a live-action project in the not-too-distant future. This remains, however, unconfirmed by Lucasfilm.

He debuted in the Marvel comic Star Wars: The Rise of Kylo Ren, but we’re so excited to see the masked man known as Ren make the jump to animation.

Although this isn’t canon, it is telling that the creative team behind the project opted to include Ren among popular, well-known Star Wars characters like Poe Dameron and Luke Skywalker.

Do you hope to see more of Ren in the future, as this character seems to be playing an increasingly bigger role in the Star Wars galaxy?