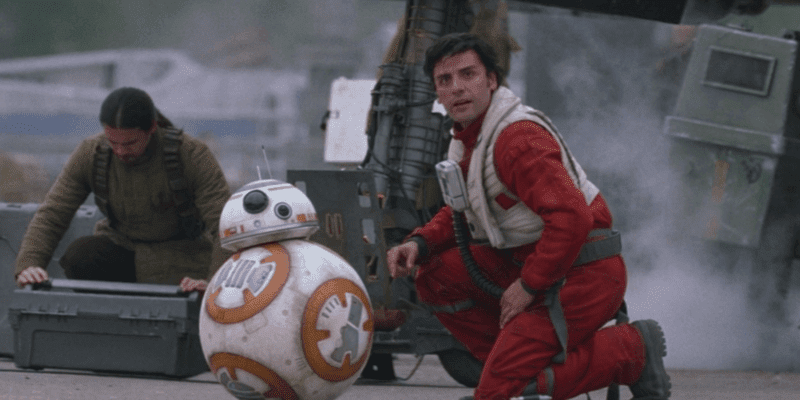 Lucasfilm shows no sign of slowing down. From The Book of the Boba Fett to Ahsoka, and the third season of The Mandalorian, their upcoming slate of brand-new content is a feat to behold. Despite a huge announcement at the end of last year, Star Wars has just announced another brand-new Disney+ Original special.

Star Wars fans are currently enjoying Dave Filoni’s The Bad Batch which debuted on Star Wars Day (May 4) this year. The latest animated series from the man behind Star Wars Rebels and Star Wars Resistance, brings the formidable Clone Force 99 to the forefront of the galaxy, documenting the transition from Republic of the prequel trilogy to the Galactic Empire we were introduced to in George Lucas’s original trilogy.

While fans thought they had their Star Wars content mapped out for the rest of the year — bounty hunter series, The Book of Boba Fett is coming in December –, Lucasfilm has just announced a new Original Special coming to our screens this Halloween.

LEGO Star Wars Terrifying Tales will stream exclusively on Disney+ on October 1, 2021. The Disney streamer has recently shared the news of this exciting new project and the continuation of the popular LEGO and Star Wars pairing. Per StarWars.com;

The all-new animated special continues the rich legacy of collaboration between Lucasfilm and the LEGO® Group and is a seasonal celebration of the villainous dark side of the Star Wars galaxy — just in time for Halloween.

StarWars.com goes on to add the synopsis for the Halloween Special;

A Sith-inspired hotel? LEGO has always provided a chance for Star Wars to explore some more outrageous elements of the galaxy far, far away. The official description continues;

While waiting for his X-Wing to be repaired, Poe, BB-8, Graballa, and Dean (a plucky and courageous young boy who works as Graballa’s mechanic) venture deep into the mysterious castle with Vader’s loyal servant, Vaneé. Along the way, Vaneé shares three creepy stories linked to ancient artifacts and iconic villains from across all eras of Star Wars.

As Vaneé spins his tales and lures our heroes deeper into the shadowy underbelly of the castle, a sinister plan emerges. With the help of Dean, Poe and BB-8 will have to face their fears, stop an ancient evil from rising, and escape to make it back to their friends.

StarWars.com goes on to reveal the cast of this seasonal outing coming this year.

While the synopsis suggests the Special will largely follow Poe Dameron, Oscar Isaac will not return as the loveable Resistance pilot and instead will be voiced by Jake Green. Isaac, of course, arrived on the Star Wars scene back in 2015 when Star Wars: Episode VII – The Force Awakens launched Kathleen Kennedy’s sequel trilogy.

Vaneé was first seen in the anthology film, Rogue One: A Star Wars Story (2016), as Darth Vader’s servant. While Tony Hale (Arrested Development, Veep) will voice the character here, it was Martin Gordon that originated the character in the live-action Star Wars Universe.

Are you excited about this new Star Wars Special? Let us know in the comments!