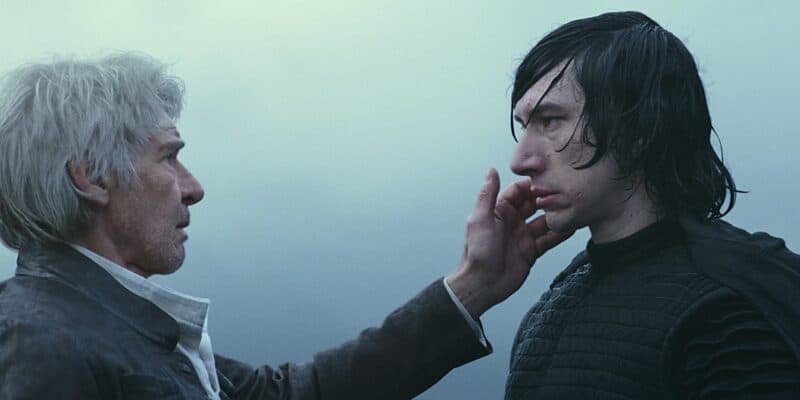 When the Skywalker Saga ended after over 40 years with Star Wars: Episode IX – The Rise of Skywalker (2019), many Star Wars fans were dissatisfied with the plot of the sequel trilogy as a whole.

Then, there was Rian Johnson’s divisive Star Wars: Episode VIII – The Last Jedi (2017). The movie is undoubtedly the most controversial installment in the Star Wars movie catalog, with one Star Wars writer retconning the entire story to “give fans the ending they deserved.”

There was, however, one sequel trilogy character who has become a fan-favorite — the misguided Ben Solo (Adam Driver).

Solo, son of Han and Leia Organa Solo, became the villainous Kylo Ren under the tutelage of Supreme Leader Snoke (Andy Serkis), but ultimately returned to the light side of the Force to help Rey save the galaxy from Emperor Palpatine’s (Ian McDiarmid) clone cult on Exegol.

Ultimately, Solo gave the last remaining bit of his life force to Force heal Rey so she could survive.

This leads us to a puzzling — but potentially very exciting for Ben Solo fans — report that a post-Rise of Skywalker trilogy starring Driver as Solo is in the works.

Never say never in the Star Wars universe, but it does seem odd that Rey wouldn’t have known for sure if Ben died on Exegol — he literally dissolved into the Force a la Obi-Wan Kenobi, after all, and the idea of an entire trilogy starring a Force ghost is far-fetched even for a rumor.

Nonetheless, the report exists, and Driver has certainly not indicated he ISN’T interested in coming back to the Star Wars galaxy.

Furthermore, with the Luke Skywalker story continuing to develop in The Mandalorian saga, there is a chance that we could learn more about the connection between Grogu (AKA “Baby Yoda”) and young Ben Solo, as they were both likely present at Skywalker’s new Jedi Temple and Academy when Solo torched it.

Suffice it to say we probably haven’t seen the last of Kylo Ren or Ben Solo in the Star Wars story, although it remains to be seen if this rumored post-sequel trilogy trilogy (try saying that three times fast) actually comes to fruition.

It is also, of course, possible that parts of this report are true, while other are in flux — if the trilogy is actually happening, it could be set at a different point in the Star Wars timeline, perhaps prior to the existing sequels when Solo is first seduced by the mysterious Ren and the Knights of Ren.

The son of Han Solo and Leia Organa, Ben Solo was seduced by the dark side of the Force and renamed himself Kylo Ren: leader of the Knights of Ren, champion of the First Order, and apprentice to Supreme Leader Snoke. Driven to destroy the past, Kylo killed his father and his master, supplanting Snoke as Supreme Leader. But he remained haunted by his father’s death, his connection with the mysterious Rey, and the pull of the good in himself. In time, all three would help Ben Solo return to the light.

Would you like to see a Ben Solo trilogy join the Star Wars franchise?