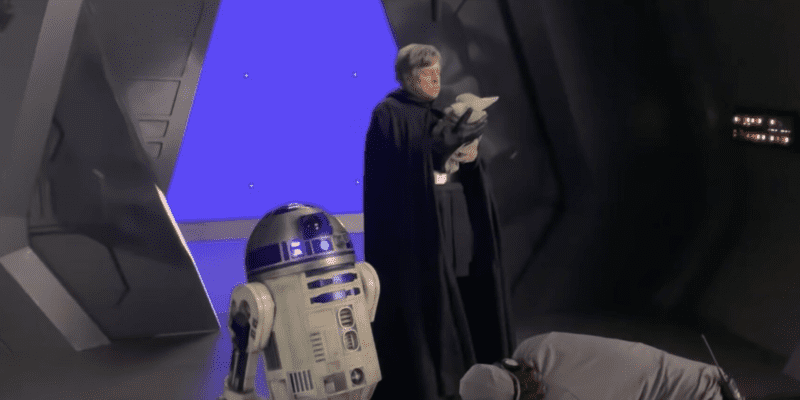 If you’ve been following the Gina Carano saga since The Mandalorian Season 2 aired in 2020, you undoubtedly already know that the former women’s MMA and Muay Thai fighter has faced more than her share of online controversy thanks to a series of Tweets regarding political and social justice topics.

Ahead of her firing, hashtags like #FireGinaCarano, #WeLoveCaraDune, and #IStandWithGinaCarano alternately trended on social media. In addition to those who oppose her views, the Deadpool actress has staunch supporters who would love to see her return to the Star Wars franchise in the future.

The actress, instead, has shifted her attention to other projects, including Western movie Terror on the Prairie with Ben Shapiro’s Daily Wire, which she has claimed will “take down the Death Star”.

Now, Star Wars legend Mark Hamill — who has played Jedi Knight Luke Skywalker for over 40 years, and is involved in character’s Mandalorian and Book of Boba Fett appearances — is feuding with Carano’s new producer, Shapiro, on social media.

Hamill Tweeted in opposition of the “Don’t Say Gay” bill that is currently up for a vote in the Florida legislature. Shapiro responded, writing:

So I take it you wish to indoctrinate small children into gender and sexual ideology. Because that’s the only reason you’re parroting idiotic propaganda.

The Star Wars icon then took to Instagram [below] to write:

It is unsurprising that the two men have opposing political views or that they are at odds on social media. Both are quite active on their social profiles and aren’t afraid to share their opinions regarding a variety of subjects.

Hamill, as previously noted, is still involved in the Star Wars franchise after over four decades. A CGI de-aged version of the actor has been used to bring young Skywalker back to the Star Wars story in The Mandalorian saga during the Star Wars: Episode VI – Return of the Jedi (1983) era.

He last appeared at his current age in Star Wars: Episode VII – The Force Awakens (2015).

What do you think about Ben Shapiro and Mark Hamill feuding on Twitter?