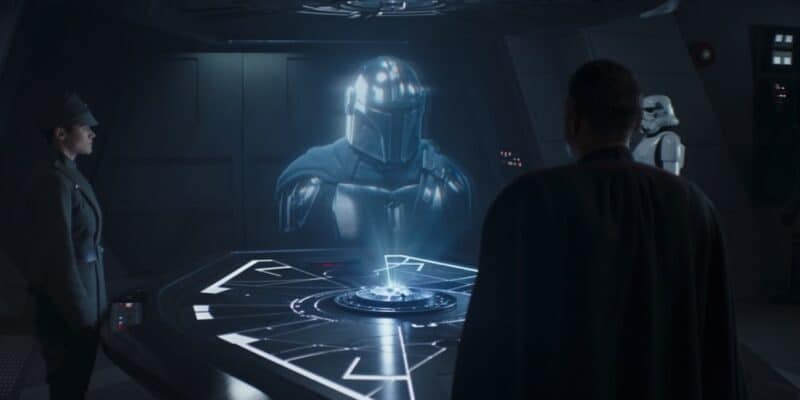 Ever since The Mandalorian Season 2 (“Chapter 16: The Rescue”) ended with the epic return of Jedi Knight Luke Skywalker, Star Wars fans have been clamoring for details about Season 3 of Jon Favreau and Dave Filoni’s hit series.

Then, many Mandalorian stars returned in The Book of Boba Fett, setting up the basis for the third season of the popular Disney+ Original show.

Filoni’s episode, “Chapter 6: From the Desert Comes a Stranger,” in particular, orchestrated the returns of Skywalker (CGI Mark Hamill/Graham Hamilton) — who officially interacted with his father’s Padawan, Ahsoka Tano (Rosario Dawson), for the first time — Grogu himself, and Marshal Cobb Vanth (Timothy Olyphant).

Now, Mandalorian antagonist Giancarlo Esposito (Moff Gideon) has given a Season 3 update that will thrill fans. To date, reports have indicated that the season is likely to drop on Disney+ in December 2022.

Esposito, however, has teased a much earlier debut in a recent Rich Eisen Show appearance. The Better Call Saul star shared:

“You’ll get it soon [The Mandalorian Season 3]. You’ll get it soon. I got a little few things to do in regards to that, to put some finishing touches on what I do, but I believe it will be sometime this summer. No date set yet, but coming soon.”

Originally, Season 3 was presumed to be delayed as a result of Pascal’s commitment to appear as Joel in HBO’s The Last of Us video game adaptation.

Although Favreau and Filoni have remained characteristically tight-lipped about the third season of The Mandalorian overall, we do know that Pascal, Esposito, Sackhoff, and Carl Weathers (Greef Karga) will all return, and that filming has reportedly wrapped.

No release date for Season 3 has been confirmed, but it is likely that it will be announced during Favreau and Filoni’s panel at Star Wars Celebration 2022 in May.

When do you think The Mandalorian Season 3 will premiere?