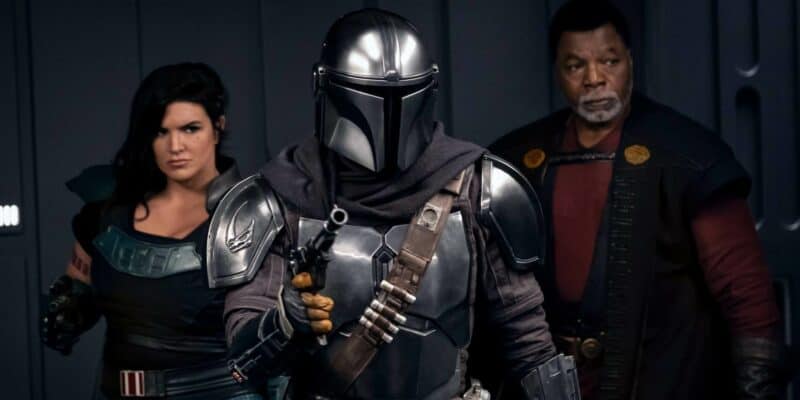 Every Star Wars fan has eagerly waited for any news surrounding Pedro Pascal’s The Mandalorian season three. Now, Disney is giving hope to fans with their latest update.

Star Wars Celebration is finally returning to Anaheim, California, something that countless fans have missed over the past few years due to COVID-19.

In a turn of events, Lucasfilm revealed that The Mandalorian season three, Obi-Wan Kenobi, and the somewhat forgotten Andor series are all receiving special panels at the upcoming event.

Star Wars Celebration returns in May, launching with a must-see showcase that will kick the weekend’s festivities into hyperdrive. On Thursday, May 26, Lucasfilm’s current crop of live-action filmmakers will be joined by special guests to discuss the many Star Wars adventures coming soon, including Obi-Wan Kenobi, Andor, and The Mandalorian.

While it’s not official, The Mandalorian showrunner Jon Favreau, executive producer Dave Filoni, and the majority of the cast from this new Star Wars story will undoubtedly be attending the event, as well as Diego Luna for Andor and possible Hayden Christensen and Ewan McGregor for the Kenobi panel.

Fans are looking forward to this event on May 26th, 2022, a day after the 45th anniversary of Star Wars: Episode VI – A New Hope (1977) and one day before the Obi-Wan Kenobi limited series debuts on Disney+.

Lucasfilm is yet to release an official synopsis of the season, but deadly bounty hunter Din Djarin (Pedro Pascal) and his “son” and Jedi Knight Grogu (AKA “Baby Yoda”) are off to the desolate planet of Mandalore. There, Djarin can once again become a “true” Mandalorian” by bathing in the Living Waters mines of Mandalore, as instructed the

According to the Star Wars wiki, the Living Water is:

The Mandalorian has Ming-Na Wen (Fennec Shand), Katee Sackhoff (Bo-Katan Kryze), Greef Karga (Carl Weathers), Ahsoka Tano (Rosario Dawson), and Giancarlo Esposito (Moff Gideon) all on his tail, as Bo-Katan intends to reclaim the throne of Mandalore by earning the dark saber from Din Djarin in a worthy duel.

As for Fennec Shand and Boba Fett (Temura Morrison), the pair will undoubtedly appear to aid Djarin in his attempts to protect Grogu and earn the right to wear his armor. Nonetheless, Moff Gideon will inevitably escape from the New Republic’s confinements and wreak havoc on the Star Wars galaxy once again.

Many suggest that season three could hit Disney+ in December of 2022, but the highly anticipated Star Wars series could be pushed back into early 2023.

All shall be revealed at the Star Wars Celebration this May!

According to StarWars.com, the Celebration:

Order your Star Wars Celebration ticketsbefore April 7 at 11:59 p.m. PT and get them in the mail before the show.

Star Wars Celebration Anaheim 2022 will be held May 26-29, 2022, at the Anaheim Convention Center in Anaheim, California.

When do you think The Mandalorian season three will debut? Comment below!