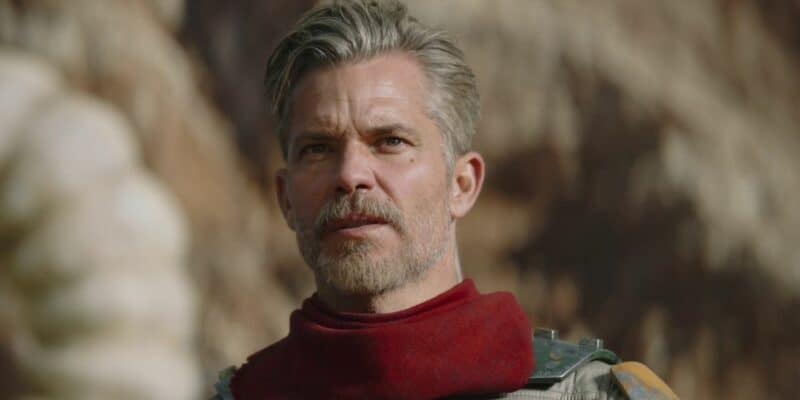 Legendary director Quentin Tarantino has one movie left on his historical “10 films” plan, but before that, the Hollywood writer is putting on his cowboy hat for a limited series that’s eyeing Star Wars star Timothy Olyphant.

Ahead of his last feature film, everyone’s favorite writer/director Quentin Tarantino (Pulp Fiction, Inglorious Basterds) is in talks to direct one to two episodes of Justified: City Primeval with Timothy Olyphant returning to the role:

Quentin Tarantino is in early talks to direct 1-2 episodes of ‘Justified: City Primeval’

Timothy Olyphant is returning as U.S. Marshal Raylan Givens for the limited series.

Quentin Tarantino is in early talks to direct 1-2 episodes of ‘Justified: City Primeval’

Timothy Olyphant is returning as U.S. Marshal Raylan Givens for the limited series

Coming off the success of his own Star Wars story, Olyphant would be rejoined with the award-winning director for a Justified spinoff that’s coming to FX.

The two last worked on Once Upon A Time… In Hollywood (2019) together, where Timothy Olyphant appeared as fictional cowboy/Hollywood actor James Stacy.

Quentin Tarantino’s roots to Justified go more profound than one might realize, as the director adapted Elmore Leonard’s — creator of Justified and Olyphant’s character — Rum Punch into Jackie Brown (1997). He’s debated adapting numerous Leonard titles into feature films throughout his Hollywood run, including one of his westerns, Forty Lashes Less One.

While Timothy Olyphant has been confirmed to return to his Raylan Givens role, Tarantino is reportedly joining the project’s early stages. Nonetheless, the director is gaming for jumping into big series, such as ER and CSI, to direct one to two episodes.

FX’s Justified went off air seven years ago, and FX, Sony Pictures Television and FX Productions teased the new one early last year, at which point Deadline revealed Fargo Season 4 star Olyphant was in talks to return. Olyphant also is exec producing alongside showrunners and writers Dave Andron and Michael Dinner and original series creator Graham Yost, with Dinner the lead director on the show. During a six-year run that ended in 2015, the high-rated Justified won two Emmys and was nominated for eight, including one for lead Olyphant, along with winning a Peabody.

Timothy Olyphant’s time as a lawman is far from over, especially with The Mandalorian season three and presumed The Book of Boba Fett season two undoubtedly featuring this iconic character that virtually every Star Wars fan can get behind.

Following the fiction Bounty Law series (“starring Jake Cahill”), Tarantino is reportedly developing a Once Upon A Time… In Hollywood spinoff with actor Leonardo DiCaprio at the outstanding lead actor. This, too, would be a western series, but Justified: City Primeval could be the last spur on this cowboy’s boot before hitting the big screen one last time.

The show returns to Givens’ story eight years after he left Kentucky and now is based in Miami, balancing life as a marshal and part-time father of a 14-year-old girl. A chance encounter on a Florida highway sends him to Detroit, where he crosses paths with Clement Mansell, aka The Oklahoma Wildman, a violent sociopath who’s already slipped through the fingers of Detroit’s finest once and wants to do so again.

FX Entertainment, which is technically owned by The Walt Disney Company, canceled the series after six groundbreaking seasons, much of which gained widespread recognition from fans and critics alike.

Nonetheless, the return of Olyphant to Kentucky will bring record numbers back to the television studio, especially with Tarantino behind the series and Timothy Olyphant as executive producer!

Do you want Quentin Tarantino and Timothy Olyphant to team up once again? Let us know in the comments below!