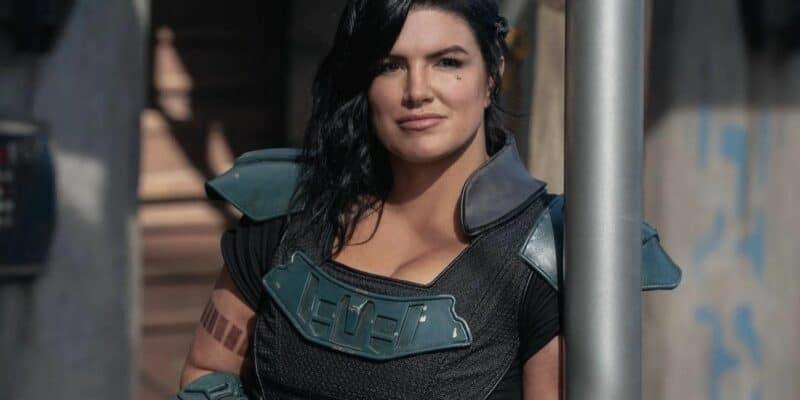 Star Wars fans are on the edge of their seats after the latest episode of The Book of Boba Fett (“Chapter 6: From the Desert Comes a Strange Land”). While the episode was riddled with jaw-dropping camoes, fan-facorite Cobb Vanth could the be answer to reviving Gina Carano’s controversial Star Wars series that was ultimately canceled.

Making his Star Wars universe debut in first episode of The Mandalorian season two, Timothy Olyphant became an instant fan-favorite. Spicing up the bleak desert landscape, Vanth is an instant classic Star Wars character of this new era, one that could lead his own series that was originally meant for Gina Carano’s Cara Dune:

So we all agree we love Cobb Vanth and he is most likely gonna be an important part in Rangers of the Nee Republic right?

So we all agree we love Cobb Vanth and he is most likely gonna be an important part in Rangers of the Nee Republic right? #StarWars #BookofBobaFett pic.twitter.com/H3Akh41pvF

Before actress Gina Carano was fired from Lucasfilm’s The Mandalorian franchise, the young rebellion trooper was given her own spin-off series: Star Wars: Rangers of the Republic.

In season two of The Mandalorian, fans learned that Cara Dune retired her Rebllion independence and became a marshall for the New Republic, overseeing the order of Nevarro.

Following various controversial social media posts from Carano that were backed by trending hashtags like #FireGinaCarano, #WeLoveCaraDune, and #IStandWithGinaCarano, Lucasfilm decided to part ways with the MMA fighter. As a result Rangers of the Republic was shelved and virtually forgotten, reportedly “no longer in active development.”

While little to no inf0rmation about Carano’s solo series (much like The Book of Boba Fett) ever made it into the public’s eye, Timothy Olyphant holds the key to rebooting this canceled streaming series.

Olyphant exudes that classic western, gunslinger swagger that American culture grew to love in the 20th century. Bringing a modern twist to this age-old trope of a role, Vanth is the perfect opposite of Din Djarin/The Mandalorian (Pedro Pascal).

While Mando has received exponential character growth, Cobb Vanth is the people’s hero while Din Djarin is the unspoken champion.

Both are calm, collected, and reserved. But, Vanth is more comfortable with the people, a figure of hope who can easily interact with his community and peers.

Djarin is a fearless warrior, one who does the heavy lifting for virtually everyone in his life. In the simplest terms, Din Djarin is the John Wayne of the Star Wars galaxy while Cobb Vanth is the Charles Bronson. Both are loyal, righteous leaders who know no fear, but one better suits the role of Ranger of the New Republic.

Considering Cobb Vanth stood up to the Pykes and Cad Bane in the same day (and without his beskar armor), it’s clear that Timothy Olyphant’s presence is only being semented in The Book of Boba Fett.

Do you want Cobb Vanth to takeover Rangers of the New Republic? Let us know in the comments below!