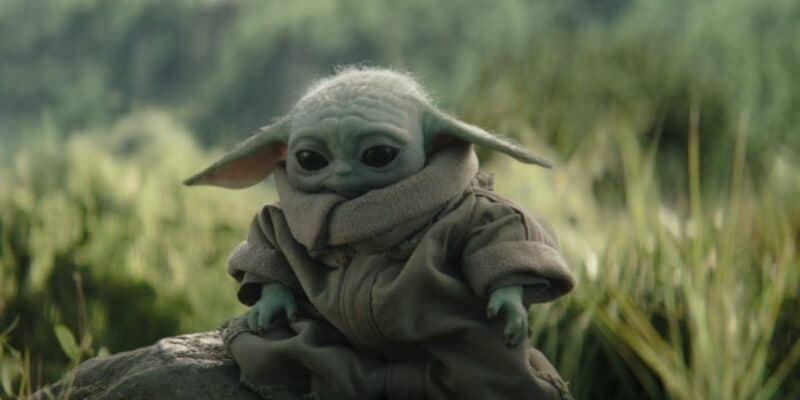 Mandalorian Executive Producer and Lucasfilm Executive Creative Director Dave Filoni is, for many Star Wars fans, the savior of the franchise. After all, he worked closely with Star Wars creator George Lucas on animated series Star Wars: The Clone Wars — Lucas’s official final project before selling Lucasfilm to The Walt Disney Company in 2012 — and has gone on to create popular series like Star Wars Rebels and Star Wars: The Bad Batch.

**SPOILERS FOR THE BOOK OF BOBA FETT SEASON 1, EPISODE 6 BELOW**

Related: Did ‘The Mandalorian’ Just Save Grogu from Kylo Ren?

These returns were foreshadowed by the reemergence of the character who ties them all together — bounty hunter Din Djarin (Pedro Pascal) — last week in Bryce Dallas Howard’s episode of the latest live-action Star Wars series.

In “Chapter 6,” Filoni picked up Djarin’s story and, in the process, revealed what is arguably the most heartbreaking scene in Star Wars history.

Now, just when fans thought the latter situation might resolved, Filoni has thrown a wrench into the plan thanks to guidance from Tano. Early in The Book of Boba Fett Episode 6, Djarin — in his new Naboo Starfighter — arrives to give Grogu his gift from The Armorer (Emily Swallow).

However, before the bounty hunter can approach his foundling, and after a somewhat hilarious situation with R2-D2 and a bench, he is stopped by Anakin Skywalker’s former Padawan.

After the Mandalorian insists that it is “his choice to go see him,” Tano asks Djarin if he wants to see the little Jedi “for Grogu or for himself.”

When Djarin insists that he only wants to give Grogu the gift — which turns out to be beskar chainmail — because it is “his right” as a “Mandalorian foundling,” Tano creates tension, pointing out to the bounty hunter, “Perhaps he is a Padawan now.”

Related: Temuera Morrison Waited Years to Get the Call From ‘Star Wars’

Eventually, she suggests, “If you are set on it, allow me to deliver it.,” to which Djarin responds, “I came all this way. He’s right there.”

After discovering just how much Grogu misses him and that seeing him will only make things “more difficult,” Djarin simply asks Tano to make sure his “son” is protected before taking his leave and returning to Tatooine.

The dialogue is tragic for a number of reasons, not the least of which is the fact that fans didn’t get to see a reunion between the two fan-favorite characters at this time, but perhaps the most heart-wrenching aspect of the sequence is that viewers can hear the shift in Djarin’s mindset — not unlike the first time he decided to break “the Way of the Mandalore” and remove his helmet in The Mandalorian Season 2.

In an instant, Grogu’s “father” goes from wanting to fulfill his own need to see Skywalker’s new charge to, in a way, fulfilling the Jedi Code himself and letting go of his attachment to Grogu for the infant’s own good.

Moving forward into The Mandalorian Season 3 and Ahsoka, it is unlikely that Grogu and Djarin will remain separated forever, but their relationship has clearly changed permanently thanks to the bounty hunter’s personal emotional sacrifice.

For now, though, the choice to become a Jedi Knight or a Mandalorian warrior lies solely with Grogu.

What did you think about this tragic and poignant Star Wars scene?