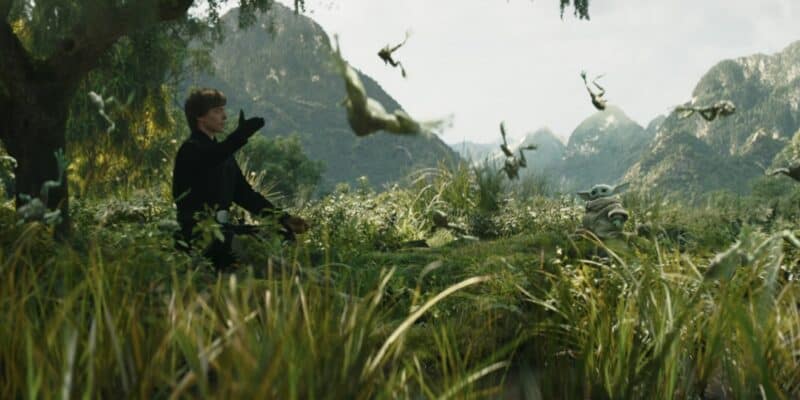 Even if you’ve never seen a single Star Wars movie and you wouldn’t know the difference between a Sarlacc and a Krayt dragon if one hit you in the face (it would hurt either way, for the record), you’ve probably heard of the Jedi Order.

The Jedi have existed for thousands upon thousands of years in a galaxy far, far away and include iconic characters like Jedi Knights Luke Skywalker (Mark Hamill), Obi-Wan Kenobi (Alec Guinness/Ewan McGregor), and Anakin Skywalker (Hayden Christensen) to newcomers like the sequel trilogy’s Rey (Daisy Ridley) and The Mandalorian’s Grogu (AKA “Baby Yoda”) to print characters like The High Republic’s young version of Grand Master Yoda, Keeve Trennis, Avar Kriss, Elzar Mann, and Lula Talisola.

Related: ‘Star Wars’ Fans Blow Up the Internet, “1% Boba Fett, This Is the Way”

Among the tenants of the Jedi Code is that one can have no personal attachments. The struggle of adhering to this rule for a lifetime has been seen time and again throughout the Star Wars story, from Obi-Wan’s tragic breakup with Duchess Satine Kryze — before her death at the hands of Darth Maul — in Star Wars: The Clone Wars to Anakin’s descent into Sith Lord Darth Vader throughout the prequel trilogy, all because he loved Padme Amidala (Natalie Portman) too much to let her go.

Now, it seems that Lucasfilm may be looking to embrace a new iteration of the Jedi, one in which attachments are not forbidden.

Per a recent article:

Joanna Robinson shared a rumor that Lucasfilm is interested in crafting a Jedi Order that undertakes a new direction. Robinson, a former writer for Vanity Fair, said the founding principle of the Order would be an embracement of attachments:

“I have heard whispers on the wind this is indeed something Lucasfilm is interested in. Just more broadly rebuilding the Jedi Order. A Star Wars story where someone actually tries to rebuild the Jedi religion as one that allows for attachment…”

In theory, Lucasfilm could use Anakin’s former Padawan, Ahsoka Tano — voiced by Ashley Eckstein in Clone Wars and Star Wars Rebels and played in live-action by Rosario Dawson — as a catalyst for this “new” Jedi Order.

Ahsoka walked away from the Jedi, although she still uses lightsabers and relies on the Force during the original trilogy era. The Mandalorian, for example, takes place approximately five years after Star Wars: Episode VI – Return of the Jedi (1983) and Ahsoka is the one to finally share young Grogu’s backstory with Din Djarin (Pedro Pascal) in Season 2.

In Dawson’s upcoming series, simply titled Ahsoka, the character is expected to be on the hunt for fellow Jedi Knight Ezra Bridger (Mena Massoud) who sacrificed himself to disappear with Grand Admiral Thrawn (Lars Mikkelsen) in Rebels.

If and when Ahsoka finds Ezra, executives could, in theory, use the duo to launch this updated version of the Jedi.

It is also possible that a Gray Jedi project is in the works. This term, as explained below, has a couple of meanings:

First, it was used by Jedi and Sith to describe Force-users who walked the line between the light and dark sides of the Force without surrendering to the dark side, and second, it described Jedi who distanced themselves from the Jedi High Council and operated outside the strictures of the Jedi Code. However, those who were considered to be true Gray Jedi met both qualifications and did not belong to any particular Force tradition. One example was Jolee Bindo, a former Jedi Padawan and a Gray Jedi that served the Old Republic.

It is important to note, though, that the aforementioned article also noted that Robinson was clear that this could all be merely talk at this time, as no new projects have been officially announced:

“I mean, but we should be clear, you could fill many football stadiums with all the ideas that Lucasfilm has thought they wanted to do and then didn’t end up doing, right? So that doesn’t mean it’s going to happen.”

What do you think? Is Lucasfilm rebooting the Jedi?