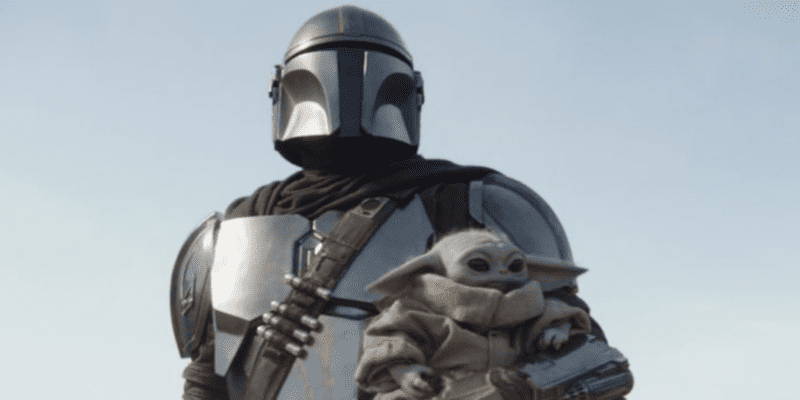 “You are a Mandalorian no more.”

When Din Djarin (Pedro Pascal) appeared in The Book of Boba Fett earlier this year, he lost his status as a Mandalorian and gained back his friend, Grogu, leaving his next chapter wide open.

Little is known of The Mandalorian Season 3 but a recent update suggests it has taken a huge step forward.

The Mandalorian from showrunner Jon Favreau and executive producers Dave Filoni and Lucasfilm President Kathleen Kennedy is the darling of the Star Wars universe. While the sequel trilogy of films, beginning with Star Wars: Episode VII — The Force Awakens (2015) left little to be desired, 2019’s The Mandalorian made waves on Disney+ for its cinematic scope and mysterious leading man.

Many are expected to return to the secretive new Star Wars series, although Carano’s Marshal of the New Republic will not return after the actress and former MMA fighter was fired by Lucasfilm a year ago, leaving the door open for someone new to replace Cara Dune.

Din Djarin’s appearance in The Book of Boba Fett was acclaimed by fans, injecting new life into the most recent bounty hunter series. It was always known that The Book of Boba Fett would serve as “The Mandalorian Season 2.5″, and the inclusion of major plot points regarding Mando and the Darksaber, as well as Grogu’s training with Luke Skywalker (Mark Hamill), made it essential viewing.

After a seemingly turbulent production process, with delays reportedly due to Pascal’s starring role as Joel in HBO’s The Last of Us television show and the use of The Volume by Deborah Chow’s Obi-Wan Kenobi cast, The Mandalorian Season 3 has apparently wrapped filming.

In a tweet from Star Wars Stuff (@starwarstuff2), corroborated by Greef Karga star, Carl Weathers (@TheCarlWeathers), it was reported that the season had wrapped.

…And what a season of WONDERFULNESS #BePeace

Excitement is surely building for the return of Din Djarin to his own Star Wars story, and while not much has been confirmed about the direction of Favreau’s flagship series, it is likely to deal with the aftermath of Mando’s claim to the Darksaber after winning it in combat from Moff Gideon. And judging by Katee Sackhoff’s remarks, it would seem Bo-Katan Kryze and her Nite Owls are not far behind.

With the Great Purge of Mandalore getting mentioned in The Book of Boba Fett after the Armorer (Emily Swallow) recounted events to Din Djarin and Paz Vizla (Tait Fletcher), in Bryce Dallas Howard’s episode, it would suggest that The Mandalorian could dive deeper into the tragedy of the Purge and the Night of a Thousand Tears.

This was further supported by a recent rumor that states 75 Mandalorians will feature in one scene — the Purge left the surviving Mandalorians scattered across the galaxy meaning the acquisition of the Darksaber could be the catalyst to bringing them back together.

As for the future, Rosario Dawson’s Ahsoka Tano series, Ahsoka, should be on its way soon debuting as early as next year. Ahsoka, along with The Mandalorian and The Book of Boba Fett, exists within the same timeline set five years after the events of Star Wars: Episode VI — Return of the Jedi (1983).

Are you looking forward to The Mandalorian Season 2? Let us know in the comments down below!