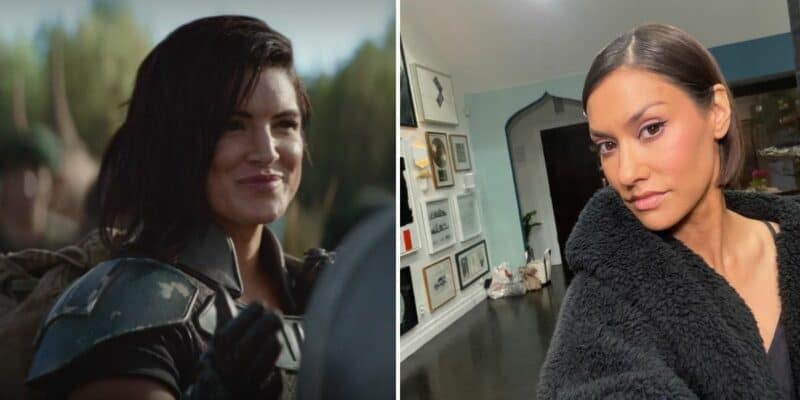 The Lucasfilm firing of actress Gina Carano is an event that many Star Wars fans will not forget for a long time. For better or worse, the ousting of the Cara Dune star from all upcoming franchise media is still a source of contention to this day. While Carano will not star in her alleged headlining series, Rangers of the New Republic, there is still room in the galaxy far, far away for a new character to fill her potential shoes.

And Star Wars fans have the perfect choice.

Shortly after her firing, Carano’s agency, United Talent Agency (UTA), also parted ways with the actress. Throughout the controversy, of which there was support both in favor of Carano’s firing and also against it, social media was alight with fan opinions, sparking #IStandWithGinaCarano, #FireGinaCarano, and #WeLoveCaraDune, to often trend online. Despite Star Wars setting Cara Dune up for a potential new series, Lucasfilm confirmed the character would not be recast. However, there have been rumors that Carano could possibly return, after all.

But, there is a chance she could be replaced in an upcoming Star Wars project.

There has been nary a mention of Cara Dune in recent Star Wars media. As The Book of Boba Fett comes to a close, and Boba Fett (Temuera Morrison), the mercenary Fennec Shand (Ming-Na Wen), and Din Djarin (Pedro Pascal) attempt to secure a task force to defend Mos Espa against the invasion of the Pyke Syndicate, not once did Star Wars utter Dune’s name despite her long-time allyship of Din Djarin’s. Sure, Dune was left on Nevarro, but Boba Fett wasn’t afraid to traverse the galaxy for other characters.

It did, however, bring Cobb Vanth (Timothy Olyphant) back into the mix as the Marshal of Freetown — the former, Mos Pelgo — and seemingly suggested that it might be Olyphant’s rogueish charmer that could take up the mantle of the currently defunct, Rangers of the New Republic series, While it stands to reason that this could be the case, especially following The Book of Boba Fett’s finale post-credits scene, Star Wars fans have identified another possible choice to replace Carano’s Cara Dune.

The Imperial soldier turned Rebel Alliance fighter is voiced and played via motion capture by Janina Gavankar. Gavankar also provided the narration for the Inferno Squad audiobook. She also, rather interestingly, was an assistant puppeteer in Bryce Dallas Howard‘s Mando episode, “Chapter 11: The Heiress”.

Battlefront II saw Versio lead soldiers against the Rebellion on the Battle of Endor during the events of Star Wars: Episode VI — Return of the Jedi (1983). Later, during the fall of the Galactic Empire, a posthumous hologram from Emperor Palpatine (Ian McDiarmid in the franchise films) revealed the Empire’s devasting contingency plan — Operation: Cinder.

As Star Wars themselves tells us:

The logistics of Operation: Cinder involved using climate disruption arrays to alter the weather around the planet in order to create catastrophic storms that would wreak havoc on key inhabited worlds.

The order of Operation: Cinder is what triggered Versio — due to Cinder targeting her homeworld of Vardos — to defect from the Galactic Empire along with squad member, Del Meeko, who she eventually married and had a child with. In this era of Star Wars — that is, the end of the Galactic Civil War — Versio took part in the Battle of Jakku as seen in Battlefront II but was not seen again until 30 years later. The gap here, as well as Versio’s close contact with the fall of the Empire and her defection into the Rebel Alliance, could possibly see her enter live-action to replace Cara Dune as part of a potential revised Rangers of the New Republic, or even star in a future season of The Mandalorian.

Fans have rejoiced after Iden Versio’s name was mentioned as a potential option to take over where Cara Dune left off. User Skywater101 said:

Here’s to hoping Iden Versio finds her way into the Mandalorian season 3. Especially since we don’t have Cara Dune anymore.

Here’s to hoping Iden Versio finds her way into the Mandalorian season 3. Especially since we don’t have Cara Dune anymore. from StarWars

Versio already has ties to characters and events mentioned in the live-action Star Wars universe. In Inferno Squad, Versio’s team was tasked with eradicating the remainder of Saw Gerrera‘s Partisans extremist group. As we know, Gerrera appeared first in Star Wars: The Clone Wars and then later in Rogue One: A Star Wars Story (2016). Then, there is the name drop of Operation: Cinder in Jon Favreau’s The Mandalorian Season 2 (“Chapter 15: The Believer”) from Bill Burr’s Mercenary Migs Mayfield. More fans joined in the support for an Iden Versio live-action debut.

Djtrace1994 voiced their support on the Reddit thread that has now reached almost 3,000 upvotes:

yes yes yes she was so cool in BF2 I’d love to see her come to live-action, because we know that as of TFA, her and her daughter are still with the New Republic/Resistance.

Versio seems the perfect choice to fill the boots of Cara Dune. She also has those inhouse franchise connections, and seemingly an already established fan-following. Whether it will be Versio or Vanth, or even someone else or no one at all, there are many options ripe for the taking.

As for Mandalorian star, Carano, at present she is tied to Ben Shapiro’s The Daily Wire production company — Shapiro has always been an ardent supporter of Carano’s — and will also star in the upcoming Hunter Biden biopic. Last year, Carano appeared in Running Wild With Bear Grylls, causing #GinaGoneWild to blow up online, and once more igniting the debate over her infamous Star Wars firing.

Who would you like to replace Cara Dune’s role in the Star Wars galaxy? Let us know in the comments down below!