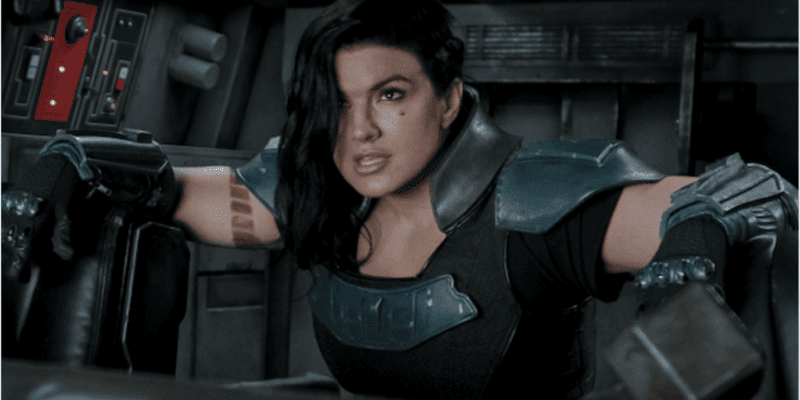 One name that is sure to spark debate among Star Wars fans is Gina Carano. The actress first appeared in the galaxy far, far away in Jon Favreau’s The Mandalorian where she starred in both seasons of the hit Disney+ show. Shortly after the second season of the bounty hunter series ended, Carano was fired from Star Wars following her series of controversial social media posts.

Despite an appearance on the National Geographic show Running Wild with Bear Grylls, Carano’s on-screen presence has been non-existent for some time. However, that will soon change.

As the first live-action Star Wars project outside of the theatrical Skywalker Saga, Favreau’s series offered somewhat of an anchor to the turbulent Star Wars fandom following the sequel trilogy’s release. Carano’s Cara Dune joined the ranks of many new characters that Favreau introduced to the Star Wars universe in 2019’s The Mandalorian.

The two seasons thus far have welcomed characters like the titular Mandalorian, Din Djarin (Pedro Pascal), Moff Gideon (Giancarlo Esposito), Greef Karga (Carl Weathers), and Cobb Vanth (Timothy Olyphant) to the live-action galaxy. They were, of course, joined by returning characters like Ahsoka Tano (Rosario Dawson) and Bo-Katan Kryze (Katee Sackhoff) during The Mandalorian Season 2. And then there was that Luke Skywalker (Mark Hamill) cameo in the Season 2 finale when he arrived to take Grogu AKA “Baby Yoda” to continue his Jedi training.

Carano’s firing caused much controversy for Lucasfilm with opposing hashtags like #FireGinaCarano, #IStandWithGinaCarano, and #WeLoveCaraDune, all fighting for dominance online. Even her appearance with Bear Grylls garnered the #GinaGoneWild trend, seemingly suggesting that Carano’s time on-screen, and her polarizing nature, is yet to settle down.

In fact, Carano has just officially revealed details about her first project since exiting the Star Wars franchise.

Gina Carano will have her revenge. In her first project since The Mandalorian, we can reveal that the actress is set to star as a traumatized woman who hires a long-hauler to track down an infamous serial killer.

The Hitcher and Near Dark scribe Eric Red has written the script for the untitled action-thriller, which is based on his novel White Knuckle. The story follows a strong-willed woman who survives an attempt by serial killer-trucker “White Knuckle.” Haunted by her encounter and the cops’ inability to catch her tormentor, she partners with a trucker to end the killer’s reign of terror.

The report goes on to detail that, alongside starring in this untitled action- thriller, Carano will also produce the movie with filming taking place in Utah, Tennessee, and Montana.

Carano had already formed ties with Ben Shapiro and The Daily Wire. Back in February, following her dismissal from Disney and Star Wars, Carano revealed Shapiro was helping her develop a new film — Shapiro interviewed Carano after her Star Wars exit. The report confirms The Daily Wire’s involvement:

This is the project former MMA star Carano has been developing with conservative media company The Daily Wire, which has been ramping up its film ambitions. The team is in negotiations with a director and is aiming for a Q1 2022 release. David Guglielmo (The Pale Door) is casting.

The Cara Dune actress had this to say on the newly announced project:

“I’m completely ignited to be creating this thriller with The Daily Wire and Bonfire Legend. I feel I am exactly where I want and need to be at this moment in my life; it feels as if I have wings.”

Bonfire Legend is one of the producers locked in for the upcoming film, with Voltage Pictures (The Hurt Locker) handling international distribution.

Carano recently caused confusion online after posting what seemed to be Star Wars-themed imagery on social media. One featured a Tatooine-like sky, while the other alluded to the fan-favorite bounty hunter, Cad Bane. It seems with the announcement of this new action-thriller, Carano’s time in the Star Wars galaxy is well and truly up.

Carano’s suspected Cara Dune series, Star Wars: Rangers of the New Republic, is no longer in active development. The next live-action Star Wars series will be The Book of Boba Fett in December.

What do you think about this new project starring Gina Carano? Let us know in the comments!