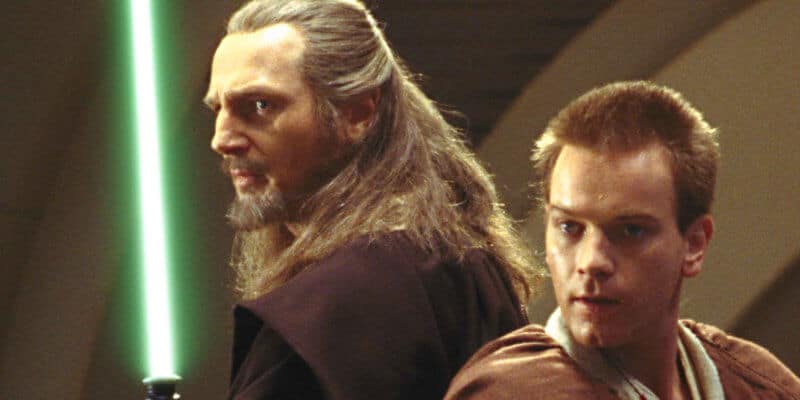 Every Star Wars fan is on the edge of their seats as they await the debut of Obi-Wan Kenobi on Disney+ in May, but many are wondering who exactly will appear in the series. Star Wars legend Liam Neeson may have just confirmed his fate.

Star Wars is a never-expanding expansion of new stories sprouting from the mind of creator George Lucas, and Obi-Wan Kenobi is the pinnacle of Lucasfilm’s work since Star Wars: Episode III – Revenge of the Sith (2005).

The possibility of having Qui-Gon Jinn interact with a deserted Ben Kenobi as a Force Ghost would revolutionize the future of the Skywalker saga, as the exploration and explanation of Force Ghosts has been limited mainly to The Clone Wars TV series.

The rumors, however, of Neeson returning could be true, as the actor recently dropped some heavy hints about wanting to make a Jedi comeback:

“Qui-Gon, I can’t believe it’s 24 years since we made [Star Wars:] The Phantom Menace, I just cannot believe where the time has gone. It was a terrific experience, shooting that film in London.”

While Neeson has one caveat: his return is in a Star Wars film only, fans are betting that Qui-Gon Jinn could appear somewhere throughout Obi-Wan Kenobi.

Following the case of Andrew Garfield and his constant denial of appearing in Spider-Man: No Way Home, fans believe that Liam Neeson is leading viewers to think he won’t be in Kenobi:

Cap, he’s gonna be on the Obi-Wan series

Cap, he's gonna be on the Obi-Wan series 😂

Acting like he didn’t come back for The Clone Wars.

Acting like he didn't come back for The Clone Wars.

One Star Wars fan speaks for many:

Nonetheless, Liam Neeson doesn’t want to spend much of his acting time for a series, but Obi-Wan Kenobi could be the defining difference that sees the Schindler’s List (1993) actor.

Obi-Wan Kenobi begins streaming on Disney+ on May 27th.

Do you think Liam Neeson will appear in Obi-Wan Kenobi?