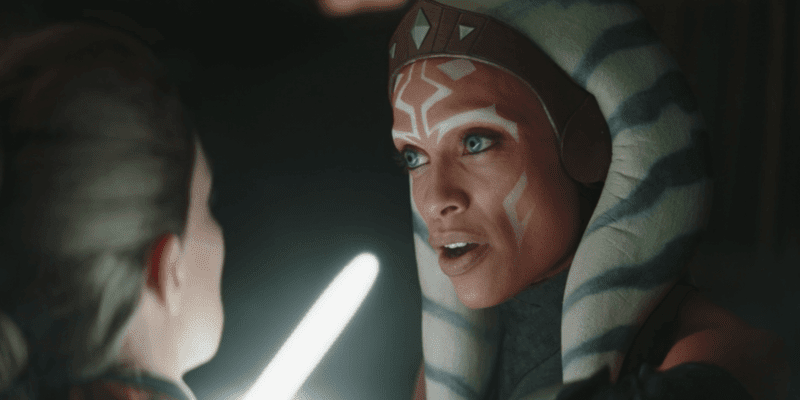 There’s a lot of new Star Wars content to get through before we see the live-action Ahsoka (2023) series arrive on Disney+, but that doesn’t change the fact that it’s one of the most highly-anticipated projects from Disney and Lucasfilm.

We’ve already seen Rosario Dawson bring the character of Ahsoka Tano to life in The Mandalorian (2019) and The Book of Boba Fett (2021), but soon, she will be headlining her very own show, alongside numerous characters from Star Wars: Rebels (2014).

So, needless to say, the show has a lot resting on its shoulders, and here are five things fans definitely want to see…

Last year, it was confirmed that Hayden Christensen would be reprising his role as Anakin Skywalker/Darth Vader in Ahsoka. Thankfully, though, we didn’t have to wait long to see the 41-year-old actor step back into character, as he appeared in Obi-Wan Kenobi (2022) earlier this year, opposite the titular Jedi Knight, with Ewan McGregor also back on the scene.

However, it’s unknown how Anakin/Vader will fit into Ahsoka, as the series is set during the New Republic era like The Mandalorian and The Book of Boba Fett, five years after Vader is killed, as seen in Star Wars: Episode V: Return of the Jedi (1983). There are a few ways in which he might appear, though.

In Obi-Wan Kenobi, Anakin Skywalker appears in flashbacks set during the prequel trilogy, which will more than likely be the case in Ahsoka, especially seeing as he was Ahsoka’s Jedi master during the Clone Wars, something fans of the animated show of the same name would undoubtedly love to see. As for Ahsoka‘s present-day setting, it’s possible Anakin will appear as a Force Ghost.

4. The Clone Wars In Live Action

The possibility of seeing Anakin Skywalker return in the form of a flashback set during the Clone Wars leads us nicely onto our next topic. Hit animated show Star Wars: The Clone Wars (2008) remains one of the most beloved entries in the entire Star Wars franchise, and fans would do anything to see certain scenes from the show re-created in live action.

Seeing as Ahsoka Tano (Ashley Eckstein) is a huge part of The Clone Wars, and that her live-action show will likely address many aspects of that show, this isn’t something that should be ruled out. After all, we already saw flashback scenes in Obi-Wan Kenobi that offered more insight into Darth Vader’s assault on the Jedi Temple on Coruscant.

Whether they’re re-created, or entirely new, we’d love to see scenes set during the Clone Wars era in which we’re reunited with the younger version of Ahsoka, as well as Anakin Skywalker. In fact, there are several story arcs throughout The Clone Wars that deserve to be adapted into live-action. So here’s to hoping we get to see the show brought to life in ways never before seen.

If we’re going to see a younger Ahsoka Tano in live action for the first time, then obviously an actress will need to play the part, as opposed to just voicing her. While Rosario Dawson is doing a great job at playing a much older version of the character, we’re not sure de-aging technology is advanced enough to de-age her that much!

There are many talented young actresses who could play the part of Ahsoka Tano, whether it’s when we first meet her as a wide-eyed 14-year-old Togruta Padawan, towards the end of the Clone Wars as a more capable and cunning Jedi, or even during the Imperial era, as seen in the animated show Rebels, in which she is also voiced by Ashley Eckstein.

In fact, we already have a few actresses in mind (Disney Princesses, to be specific) with Rachel Zegler being a solid contender, who was previously fan-cast as Ahsoka (we’re sure it would go down better than her casting as Snow White in the upcoming remake). As for an older version, Naomi Scott, who plays Princess Jasmine in the live-action Aladdin (2019), would be perfect.

It has been known for some time that Ahsoka will serve as a spiritual sequel to Rebels. While there will undoubtedly be a lot of connective tissue with The Clone Wars too, there have been plenty of casting announcements that prove the show will have much stronger ties with Rebels, in which Ahsoka Tano has a number of appearances.

We became aware of its close ties with Rebels last year when it was announced that actress Natasha Liu Bordizzo would be bringing Sabine Wren to life in live action in Ahsoka. It was also confirmed that Rebels villain Grand Admiral Thrawn will be making an appearance, and at this year’s Star Wars Celebration, Rosario Dawson was joined on stage by Astromech droid Chopper.

More recently, at the D23 Expo, it was confirmed that actor Eman Efandi was cast as Ezra Bridger in Ahsoka (for a long time, fans were hoping Aladdin‘s Mena Massoud would be stepping into the role). If Ahsoka is indeed set to be a sequel to Rebels, then the more characters from the animated show, the merrier. So let’s hope we also get to see Zeb Orrelios and Hera Syndulla.

1. The World Between Worlds

It’s not just characters and creatures we want to see return from Rebels — there’s also a concept that fans are expecting to see make a comeback. The “World Between Worlds”, a mystical dimension introduced in the Season 4 episode of the same name, is the first time Star Wars introduced time travel into canon. It’s also the last time it was ever referenced.

But now, given that the upcoming Ahsoka series will revolve around the search for lost Jedi Ezra Bridger, who disappeared at the end of Rebels along with Grand Admiral Thrawn, it’s entirely possible that the World Between Worlds will be called upon to aid Ahsoka Tano and Sabine Wren as they set out to search for their lost comrade across the galaxy.

In a recent interview, Rosario Dawson even hinted at the possibility of there being a Star Wars multiverse, a concept that has already become popular in the Marvel Cinematic Universe. There are even some fan theories that suggest Ahsoka Tano is a time-traveller, and the World Between Worlds might also help explain her whereabouts during all three Star Wars trilogies.

Hera Syndulla and Chopper are also expected to appear in the series.

What do you hope to see in the Ahsoka series? Let us know in the comments down below!