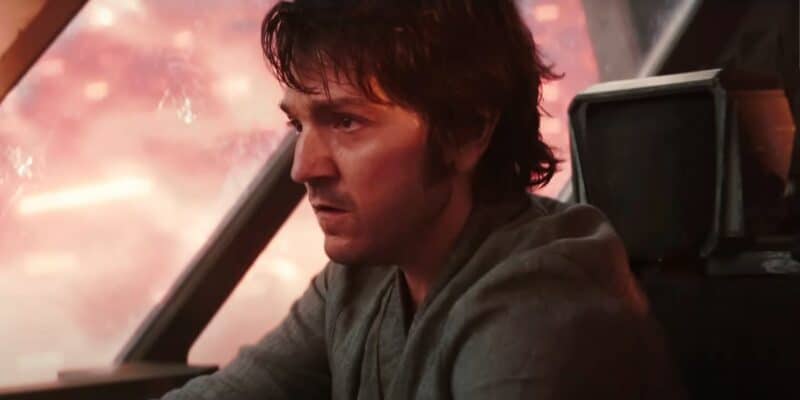 Since The Mandalorian (2019) arrived on Disney+ back in 2019, Star Wars has been slowly dominated by live-action television shows. Last year saw The Book of Boba Fett (2021) finally arrive (though to the disappointment of many), followed by this year’s Obi-Wan Kenobi (2022).

While recent trailers have sparked plenty of excitement within the Star Wars fanbase, Disney’s D23 Expo has just unveiled the final trailer for the show. And you can already check it out below:

The final trailer certainly has more of a Star Wars “feel” than previous trailers, but we can only “hope” that it delivers on the thrills and spectacle it promises!

Lucasfilm president Kathleen Kennedy took to the stage for the D23 Lucasfilm panel, confirming that the series will have 24 episodes in two parts (12 and 12), while the last 12 are almost finished filming (the first three episodes of “set one” will begin streaming on September 21).

She was joined by cast members Diego Luna, Genevieve O’Reilly, Adria Arjona, and Kyle Soller, who will be playing Cassian Andor, Mon Mothma, Bix Caleen, and Syril in the show.

As per the official Star Wars website, here’s the synopsis for Rogue One: A Star Wars Story:

As per Wikipedia, here’s the official synopsis for Andor:

Beginning five years before the events of Rogue One (2016), the series follows an ensemble cast of characters during the time that a Rebel Alliance is forming in opposition to the Galactic Empire. One of these characters is Cassian Andor, a thief who becomes a revolutionary and eventually joins the Rebellion.

The first three episodes of Andor will stream on Disney+ on September 21, 2022. A new episode will be released every week thereafter until November 23. The final 12 episodes are still in development.

How excited are you for Andor? Let us know in the comments down below!