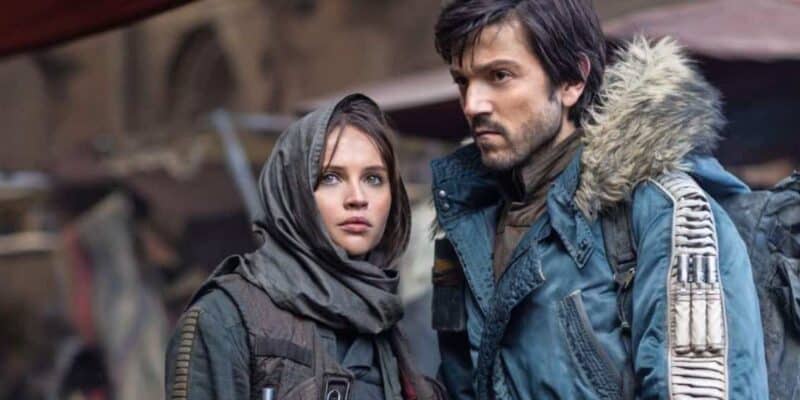 With the Marvel Cinematic Universe dominating Disney+ recently, it is sometimes easy to forget that it was Lucasfilm’s Star Wars series, The Mandalorian, from showrunner Jon Favreau and Dave Filoni that launched the Disney platform’s Original streaming content.

Since November 2019, Star Wars has released four new projects set in the galaxy far, far away and 2022 proves the studio is not slowing down on releases with Obi-Wan Kenobi and Andor coming this year.

Deborah Chow’s limited event miniseries begins on 27 May 2022. After a delay to line up with Star Wars Celebration, the Ewan McGregor-led series opens with a two-episode special before airing weekly on Wednesdays thereafter. Obi-Wan Kenobi will bring back McGregor as Obi-Wan “Ben” Kenobi as he continues to deal with the trauma and fallout of the tragic Order 66 protocol and the supposed demise of his former Jedi Padawan, Anakin Skywalker. The series will also provide the live-action debut of the Inquisitorius.

Andor died, along with Erso, on the planet Scarif, but not before securing the famous Death Star plans and sending them to Princess Leia Organa (Carrie Fisher). His actions set the story of Star Wars: Episode IV — A New Hope (1977) in motion, crossing over with Darth Vader’s assault on the Rebel fleet.

The spy-thriller comes from Tony Gilroy and stars Luna as the eponymous character, along with Stellan Skarsgård, Adria Arjona, Fiona Shaw, Denise Gough, Kyle Soller, and Genevieve O’Reilly reprising her role as a young Mon Mothma. Whitaker will return as the leader of the Rebel extremist group, the Partisans.

Interestingly, Lucasfilm has already confirmed a second season of the upcoming series before the first one has even aired, and according to cinematographer, Adriano Goldman, the Andor series will reportedly have three seasons during its run. While the notion of an extended Star Wars Universe series is exciting, Goldman also stated that Andor was originally set to have five seasons.

During a recent interview with TVCultura, Andor’s Cinematographer, Adriano Goldman, revealed that the original plan was for the show to run for five seasons. However, something has changed, and it seems this story will instead be told over three. “The series I worked on was supposed to be five seasons long,” he explained, “but I think it’s not happening. It will now have three maybe.”

A five-season series would have been an interesting device, potentially allowing for each season to tackle a different year of the burgeoning Rebel Alliance. Alas, it seems that the show will wrap up after three seasons. While Lucasfilm nor The Walt Disney Company have officially confirmed a three-season run, Goldman’s comments carry weight, being the cinematographer and all.

More information on Andor is likely to come in the next few months as Obi-Wan Kenobi commences in just under a month. As for the future, Star Wars: The Bad Batch Season 2 is slated for next year with The Mandalorian Season 3 and Ahsoka coming sometime in 2022 or 2023.

Andor‘s release date is not yet confirmed but the series will consist of 12-episodes, the most of any live-action Star Wars series so far. Rebel spy Cassian Andor incoming…

Are you looking forward to seeing Andor Season 1 on Disney+? Let us know in the comments down below!