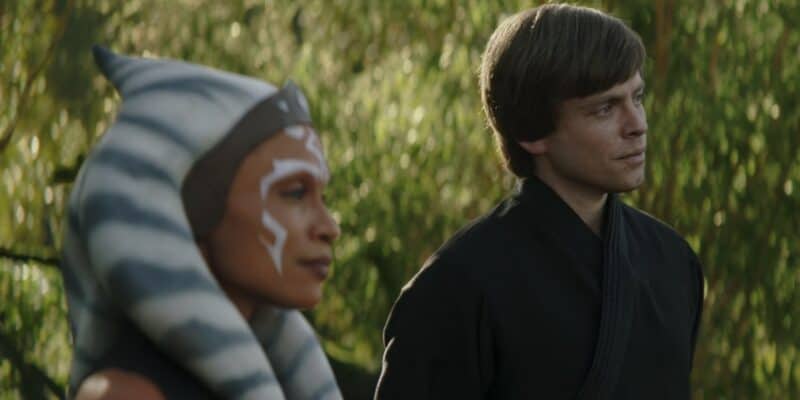 After all this time, fans finally have a face for Ezra Bridger, one of Star Wars’ most important Jedi going forward.

When Rosario Dawson’s Ahsoka Tano asked about Grand Admiral Thrawn, fans knew she was also searching for Bridger. At the end of Star Wars: Rebels, she left with Sabine Wren to fulfill her promise to the young Jedi and bring him home.

Since Thrawn and Ezra went to an unknown destination — presumably in the Unknown Regions — fans are intrigued with what Ezra has been up to. The last time we saw him, he was using force to hold Thrawn captive with the Purgiil, but the Jedi also had a blaster wound on his shoulder, meaning that there’s a good chance Thrawn may have escaped Ezra and left him alone.

Unlike Ezra and most of the galaxy, Thrawn was an expert with the Unknown Regions and even helped the Empire learn how to navigate those systems. Thankfully, fans can expect the Jedi to play a major role in Ahsoka.

Sabine Wren (Natasha Liu Bordizzo) was already confirmed to star in the series, and Dave Filoni confirmed that fans would figure out where Bridger has been after all these years.

Now, Star Wars has cast Eman Efandi to star as Bridger in the series:

While fans are excited about Dave Filoni’s next Star Wars project, more news around Ahsoka may be revealed shortly, such as who will be playing Thrawn in the series. Ahsoka hasn’t confirmed that Thrawn would be the antagonist, but it seems almost inevitable that the Chiss Grand Admiral would have a large role in the series since Ahsoka has probably been hunting him down for a few years.

Are you excited for Eman Efandi to be Ezra Bridger in Ahsoka? Let us know what you think!