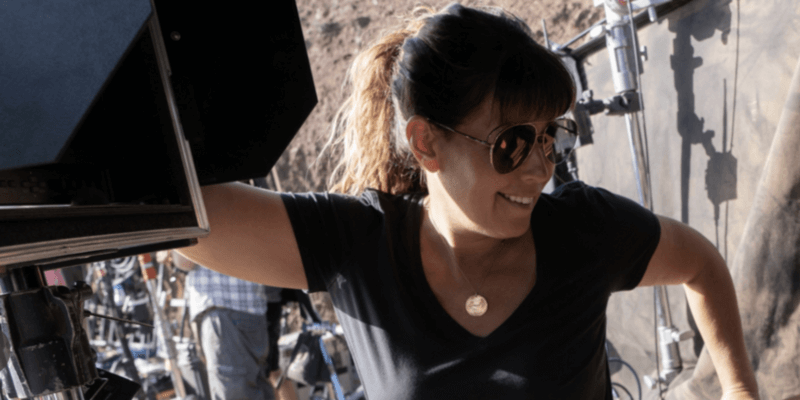 Announced by Lucasfilm President Kathleen Kennedy at the Disney Investor Day event on December 10, 2020, Star Wars: Rogue Squadron is set for a 2023 debut.

Beyond Jenkins’s involvement in the project, no details were provided during Lucasfilm’s portion of the Disney Investor Day presentation. However, Jenkins herself has been answering some questions — including teasing her screenwriter –regarding Rogue Squadron during her press rounds for Wonder Woman 1984.

Recently, she spoke to Collider and, possibly, leaked a cameo appearance that would place Rogue Squadron in a very specific part of the Star Wars timeline. The conversation went as follows:

Can you definitively state whether or not Porkins is the star of Rogue Squadron?

JENKINS: I can not definitively state anything.

JENKINS: I know. It’s so hard to talk about.

The strange part about Jenkins’s commentary is that she said, “It’s so hard to talk about,” as if she is trying not to share details about the upcoming film and, perhaps, keep fans in the dark about the fact that Jek Tono Porkins (William Hootkins, who passed away in 2005) could actually make an appearance. It seems an odd comment if Porkins is completely uninvolved — that said, all Star Wars fans know that showrunners are sometimes intentionally cryptic in order to build suspense, so there’s certainly the potential for Porkins to not show up at all in Rogue Squadron.

If the pilot does appear, however, and Jenkins just leaked this major detail of her Star Wars film story, we can deduce where in the overall Star Wars timeline Rogue Squadron is likely to fall. As we previously noted:

It serves to reason that Rogue Squadron will have to be set after the foundation for the Rogue call sign is laid — Rogue One: A Star Wars Story (2016) is set approximately 20 years after the Star Wars: Episode III – Revenge of the Sith and almost immediately prior to Star Wars: Episode IV – A New Hope (1977), in which fans first met Star Wars icons Luke Skywalker (Mark Hamill), Leia Organa (Carrie Fisher), and Han Solo (Harrison Ford).

Since Porkins — who was famously overweight and has become the subject of numerous Star Wars memes over the years — dies in Star Wars: Episode IV – A New Hope (1977), Rogue Squadron would likely be set in the short period of time between Rogue One and George Lucas’s original Star Wars movie if Porkins is set to make an appearance.

Oddly enough, in his recent (hilarious) Tosche Station social media post, Mark Hamill (Luke Skywalker) referenced another character — Biggs Darklighter (Garrick Hagon) — who could appear in Rogue Squadron if it is, in fact, set at this point in the timeline. Foreshadowing? Only time will tell.

Although Jenkins has previously said Rogue Squadron will feature a new cast of characters, it’s still possible for icons like Skywalker to make cameos — Princess Leia (a CGI version of Carrie Fisher) was edited into Rogue One, after all, and Mark Hamill himself recently voiced a CGI de-aged version of his iconic Jedi Master in The Mandalorian Season 2 finale episode.

Casting information for Rogue Squadron has not yet been released, but Chris Pine — who acted alongside Pedro Pascal (Din Djarin in The Mandalorian) and Gal Gadot — in Wonder Woman 1984, recently called the Star Wars script “really, really great,” leading to rumors that he may once again work with Jenkins on the project.

Stay tuned to Inside the Magic for all of the latest news about Patty Jenkins’s upcoming movie focused on Resistance fighter pilots and their X-wing adventures — we’re sure to be in for an action-packed story as she propels the Star Wars universe forward on the big screen with her upcoming theatrical release.

It is not yet known if the next Star Wars movie — the first helmed by a female director — will release only to theaters or simultaneously on the Disney+ streaming platform.

Are you excited about the prospect of seeing some fan-favorite X-wing pilots — perhaps even Wedge Antilles (Denis Lawson/David Ankrum) — back in action in Star Wars: Rogue Squadron? Where do you think it will fall in the timeline? Was Jenkins dropping a hint for fans?