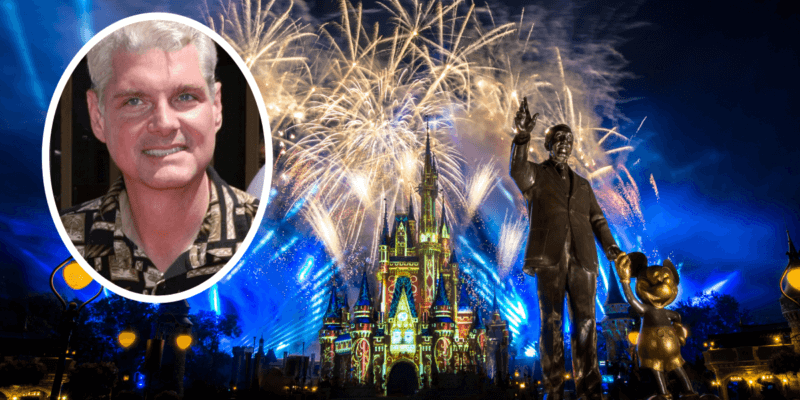 Tom Kane — best known for providing his voice to the iconic Master Yoda in the Star Wars series The Clone Wars, as well as his voice work for Disney Parks shows and attractions like Happily Ever After at Magic Kingdom —  has suffered a stroke.

According to Kane’s family, the Star Wars voice actor suffered a stroke and is currently still suffering damage that prevents him from verbally communicating. Recovery is possible but his doctor has warned: “that he may not do Voiceovers again.”

Related: Remembering the Stars We Lost in 2020

The following statement has been released by Kane’s family via the actor’s Facebook page:

Hi everyone! This is Tom’s daughter, Sam. Our family wanted to share why my dad has been MIA. About two months ago he had a left side stroke that gave him right sided weakness and damage to the speech center of his brain. This means right now he cannot efficiently communicate verbally, nor read or spell. He is still competent and very much himself, but can only get out a few words right now. As many of you might know about strokes, it is possible for him to gain these functions back and we have found him excellent care in Kansas City for speech, occupational, and physical therapy, but for now, we have been warned by his Neurologist that he may not do Voiceovers again.

My dad still remains in good spirits and his extreme stubbornness has helped him already show improvements in speech. He is fully on board with me sharing this and he will see anything you guys post.

Lots of love from our family to yours.

Here are some recent photos of dad ♥️

Hi everyone! This is Tom’s daughter, Sam. Our family wanted to share why my dad has been MIA. About two months ago he…

Kane is best known in the Star Wars universe for his work in The Clone Wars for voicing Jedi Master Yoda and Admiral Yularen as well as narrating the series. He also portrayed Admiral Ackbar in Star Wars Episode VIII: The Last Jedi.

Aside from Star Wars, Kane has been part of other major franchises including Woodhouse in Archer and Professor Utonium in The Powerpuff Girls, Magneto in Wolverine and the X-Men and Marvel vs Capcom 3: Fate of Two Worlds, Ultron in Next Avengers: Heroes of Tomorrow and The Avengers: Earth’s Mightiest Heroes and the famous chimpanzee sidekick Darwin in Nickelodeon’s The Wild Thornberrys.

Additionally, Kane was known for narrating a handful of Disney and Pixar film trailers including Cars, which you can view here.

In the gaming industry, Kane has provided his iconic voice for Star Wars: The Force Unleashed, Call of Duty: WaW and Black Ops I – III.

And if you are a Disney Parks fan, you may recognize his voice on Walt Disney World’s Monorail System. Kane is also the narrator of the Happily Ever After fireworks spectacular at Magic Kingdom and he was rumored to be a host of Celebrate! Tokyo Disneyland, along with Mickey Mouse at the theme park. You can read more about Kane’s work on his Disney Fandom page here as well as on his official website.

Our thoughts and well-wishes are with Tom Kane and his family during this time.