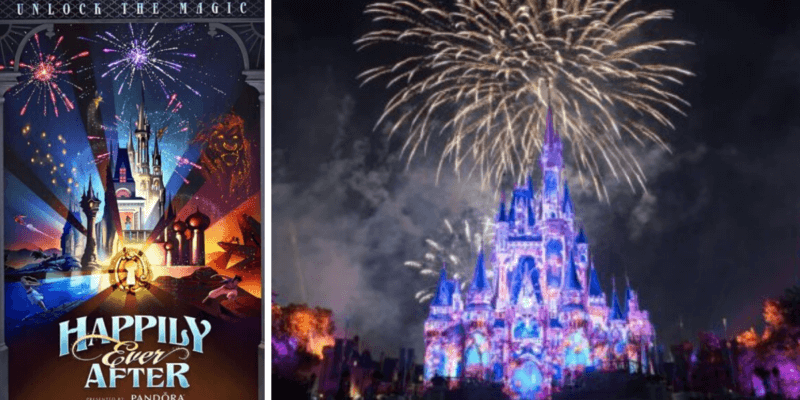 Ready to begin, let the wonder take hold
Feel it draw you in, watch the moment unfold
Spark a dream that we’re meant to follow
Setting out for a new tomorrow

Attention all Disney fans! The Walt Disney World resort will stream its unforgettable nighttime fireworks spectacular: Happily Ever After! 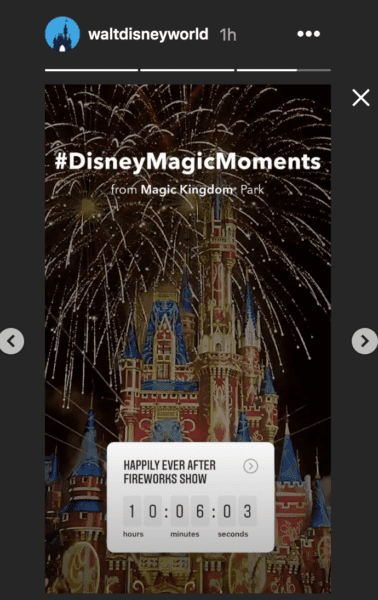 If you weren’t able to chime in on time, don’t worry. You can watch the full video right here:

The showing of the Happily Ever After fireworks show is just the latest part of Disney’s #DisneyMagicMoments Campaign: A social media initiative dedicated to spreading magical moments to all of the Disney fans stuck at home during the current crisis.

So far, these magic moments have included special animal features from Disney’s Animal Kingdom, virtual ride experiences and special tours, as well as some special videos and messages sent from the Cast Members themselves.

Related: Fly With the Dapper Dans in This New Disney Magic Moment!

Every Disney theme park around the world has what they call a “Goodnight Kiss”: a final show-stopping spectacular to bring your Disney day to an unforgettable conclusion. At the Magic Kingdom park in Walt Disney World, that Goodnight Kiss is Happily Ever After.

Using a jaw-dropping combination of fireworks and projections, Cinderella Castle is brought to life in unimaginable ways, featuring an original song and a Disney medley unlike any other that takes us through some of our favorite Disney and Pixar films.

But above all else, the song and show are a call to action for everybody watching and listening. As guests leave the park and go back to their regular lives, Disney wants to leave them with a message to keep the dreams alive, and a reminder that we are all heroes of our own story. It is up to us to reach out and find our happily ever after.

After being stuck inside our own proverbial towers for so long, this message needs to be heard more than ever.

Have you had the chance to see Happily Ever After in person? Where does it rank among your favorite Disney fireworks spectaculars? Let us know in the comments!