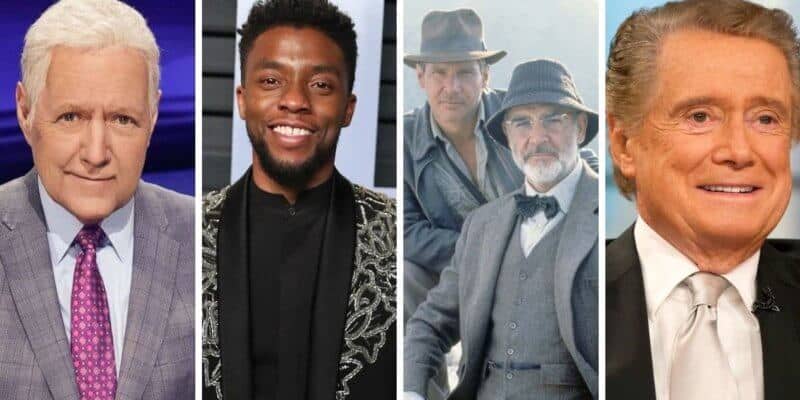 2020 was a year filled with the unexpected. Not only were we hit with a worldwide pandemic, but we lost several recognizable and iconic stars.

Here at Inside the Magic, we want to honor those we lost in 2020.

Bob Matheison was one of the first Directors of Operations at Walt Disney World and was named a Disney Legend in 1996. He passed away at age 85 on January 6.

On Sunday, January 26, we learned of the tragic news of NBA legend, Kobe Bryant, has passed away along with his daughter, Gianna, and seven others during an unfortunate helicopter crash, which occurred in Calabasas, California.

The legendary actor and comedian passed away of natural causes at the age of 92.

On the morning of July 12, 2020, Kelly Preston passed away following a two-year battle with breast cancer.

On July 14, Grant Imahara, 49, died suddenly following a brain aneurysm. Imahara had a long history working with Lucasfilm and the Walt Disney Company.

Television host and Disney Legend Regis Philbin passed away of natural causes at the age of 88 on July 24. He is best known for working on the ABC show Live! with Regis and Kathie Lee alongside Kathie Lee Gifford for 15 years and then bringing in a new co-host, Kelly Ripa. He was also known as the host of Who Wants to Be a Millionaire.

The man who brought King T’Challa to life in Marvel’s Black Panther passed away from colon cancer on August 28, 2020, at the age of 43. The actor was in his home in Los Angeles.

On September 2, former Walt Disney World President, Judson Green passed away in his home at 68 years old due to complications with a stem-cell transplant. He was the man behind leading the development and opening of Disney’s Animal Kingdom.

On September 3, Disney Animation Artist Sue Nichols Maciorowski passed away at the young age of 55.

On September 4, Disney voiceover actress Annie Cordy passed away at her home in Vallauris, France. Ms. Cordy suffered a cardiac arrest. She was best known for her role as the voiceover actress for Grandmother Willow in the French version of Pocahontas (1995).

On September 18, America lost an incredible woman, Ruth Bader Ginsburg. She had a very long career in both law and American politics but most notably, she was an Associate Justice of the U.S. Supreme Court and held that seat since 1993. Though not a Disney star, Disney did honor her passing at the theme parks.

McCarthy was an actress from the original Star Wars trilogy. She passed away on September 19.

Ron Cobb was a cartoonist turned Star Wars set designer. He passed away on September 22 at age 83.

On September 28, one of the original “Mouseketeers” of the classic Mickey Mouse Club TV series, Bonni Lou Kern passed away.

Walt Disney’s model for his first princess, Snow White, passed away on October 22 at age 101.

She was best known as the original Ariel from Walt Disney World’s Voyage of the Little Mermaid stage show. She tragically passed away at age 49 on October 29.

On October 31, the man named the “Greatest Living Scot” passed away in his sleep while in the Bahamas. The actor was 90 years old.

On November 8, the world lost Jeopardy! host and television icon, Alex Trebek. Trebek had been battling pancreatic cancer, which he announced last spring. He was 80 years young. 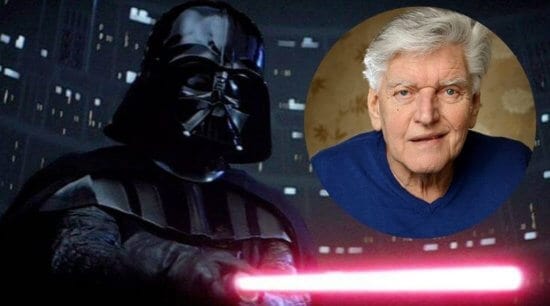 The man who famously played the iconic Darth Vader portrayed in the original Star Wars trilogy in 1977, 1980 and 1983, passed away at the age of 85 on November 29. Prowse’s daughter confirmed the actor passed away after complications due to COVID-19.

Jeremy Bulloch, the man who introduced Star Wars fans and the world to the legendary bounty hunter Boba Fett passed away on December 17. The actor was 75.

Our thoughts and prayers are with all those who lost a loved one in 2020.

Comments Off on Remembering the Stars We Lost in 2020