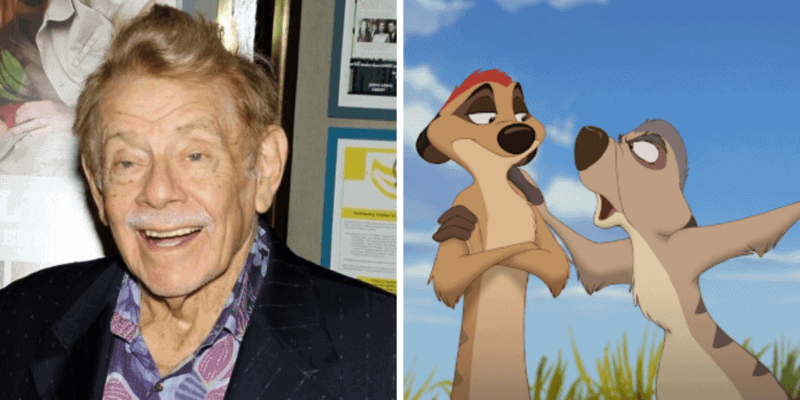 Legendary actor and comedian Jerry Stiller has passed away of natural causes at the age of 92.

The news was broken by his son, actor and comedian Ben Stiller, over Twitter:

I’m sad to say that my father, Jerry Stiller, passed away from natural causes. He was a great dad and grandfather, and the most dedicated husband to Anne for about 62 years. He will be greatly missed. Love you Dad.

I’m sad to say that my father, Jerry Stiller, passed away from natural causes. He was a great dad and grandfather, and the most dedicated husband to Anne for about 62 years. He will be greatly missed. Love you Dad. pic.twitter.com/KyoNsJIBz5

Stiller senior began his rise in the comedy world with his wife with his now-late wife, Anne Meara, in the 60s with a skit on the Ed Sullivan Show, and he was landing roles in movies and TV shows since 1957. Fans would best know him for his roles such as Maury Ballstein in Zoolander,  Lt. Rico Patrone in The Taking of Pelham One Two Three, and Wilbur Turnblad in Hairspray, as well as George Costanza on Seinfeld, and Arthur Spooner on King of Queens.

But Stiller was also a familiar face at Walt Disney Pictures. Beginning with the role of Harvey Bushkin in the live-action 90’s comedy, Heavyweights, Stiller lent his voice to the character Pretty Boy for the Disney Channel animated show Teacher’s Pet and its concluding feature-length film. He also provided the voice to Timon’s Uncle Max in The Lion King 1 1/2 and the subsequent video games for based on the film, as well as the voice of Harvey in Disney’s Planes: Fire and Rescue. Meaning he was able to make an impact of some level on three generations of Disney kids as they grew up.

The man had a comedy film career that had him on either the small screen or big screen for nearly 60 years. There are not many TV-watchers out there who have not laughed at a Jerry Stiller joke, and, for that, he will be greatly missed.

Stiller is survived by his son, Ben, and his daughter Amy. His wife, Anne passed away before him in 2015 after over 60 years of marriage.

What is your favorite memory of Jerry Stiller? Let us know in the comments!