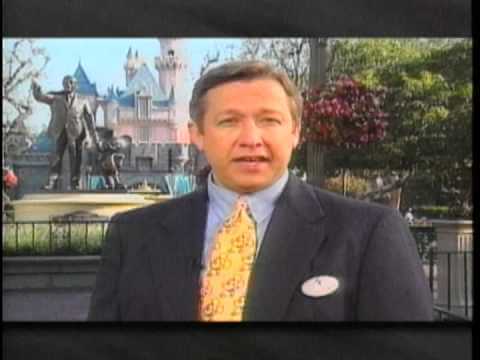 We at Inside the Magic have learned of the passing of former Walt Disney World President, Judson Green. According to the Orlando Sentinel, the Disney executive, musician and philanthropist who led the development and opening of Disney’s Animal Kingdom passed away in his home at 68 years old due to complications with a stem-cell transplant.

“It was with sadness that we learned of Judson Green’s passing. He was passionate about leadership and creativity and will be greatly missed by many,” Jeff Vahle, Walt Disney World current president, said in a statement.

Before he left the company in 2000, Green would become known as the man who would add Disney’s Animal Kingdom Park to the Walt Disney World Resort which opened on Earth Day 1998 and became the youngest theme park after Magic Kingdom, EPCOT, and Disney’s Hollywood Studios.

But Green was an executive who had the spirit of Disney in his heart, especially when it came to music. Cast Members reported seeing him playing piano at the now-closed Pleasure Island Jazz Company at Downtown Disney (now Disney Springs) and other events.

Music was also an outlet for his philanthropy. Green and his wife Joyce were strong supporters of the Dr. Phillips Performing Arts Center in Downtown Orlando.

“As a 21st-century musician, I have come to realize that music is for life’s sake, which explains why I am just as passionate about Samuel Barber’s ‘Adagio for Strings’ as I am with James Taylor’s recording of ‘Up on the Roof,’” he wrote on a website for his music.

The couple even celebrated their honeymoon at Walt Disney World in 1975, six years before Green would be recruited by the company.

He is survived by his wife, son, daughter, and three grandchildren.

To honor the Disney President’s passing, the family asks that donations be made to the Dr. Phillips Center for the Performing Arts, located at 155 E. Anderson St., Orlando.

Do you remember visiting Walt Disney World during Green’s term as president? Where does Disney’s Animal Kingdom rank among your favorite Disney theme parks? Let us know in the comments!