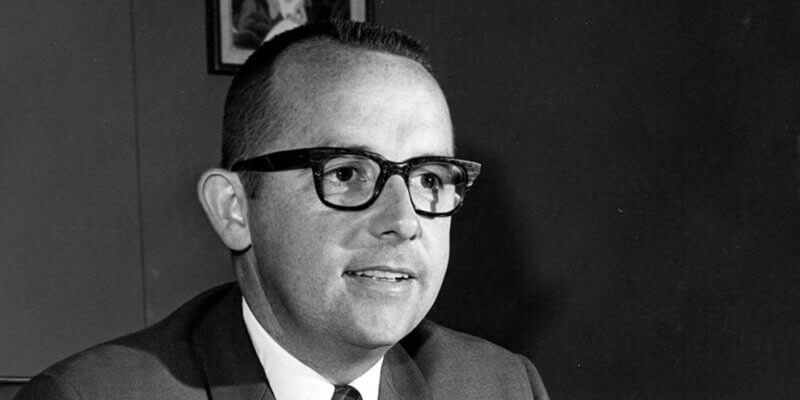 When you look back to Walt Disney World’s grand opening on October 1, 1971, many people think of Walt’s older brother Roy, who led the charge to finish construction of the Magic Kingdom and read the commencement speech. But most people may not know the name Bob Matheison, and they should.

Bob Matheison was one of the first Directors of Operations at Walt Disney World. Beginning in 1960 as a sound coordinator at Disneyland, Bob moved up the ranks to become Director of Operations at Disneyland in 1969. In those 9 years, he most notably became director of operations for it’s a small world and was a supervisor for the technical assistance staff working on Magic Skyway, Great Moments with Mr. Lincoln, and the Carousel of Progress for the New York World’s Fair. Afterward, Bob worked with Walt to create a 13-week executive training program for what was going to be Walt Disney World; the forerunner to the current training program.

If you visited Walt Disney World in its first 20 years, you saw Bob’s work. He never considered any work he did to be “legendary.” Instead, he praised his fellow employees.

“I got to work with people that believed in loyalty, camaraderie and sticking it out through good days and bad days. No one person could do everything by himself or herself. It was a team effort.”

Do you know the reason Walt Disney World opened in October?

Bob Matheison explained that it was all about crowd control. They did not want a repeat of Disneyland’s opening in 1955.

He explained, “We didn’t want to open to a big crowd, so we opened after school started. The day after Thanksgiving, however, we backed traffic up almost to Orlando.”

Walt Disney World will celebrate its 50th Anniversary on October 1, 2021. There is no doubt he will be looking on with Walt and Roy and all the greats who have already passed and helped bring the Most Magical Place on Earth to life.

Did you visit Walt Disney World during the time of Bob Matheison? Have the parks gotten better? Let us know in the comments!

Comments Off on Bob Matheison, One of Disney’s First Directors of Operations, Dies at 85