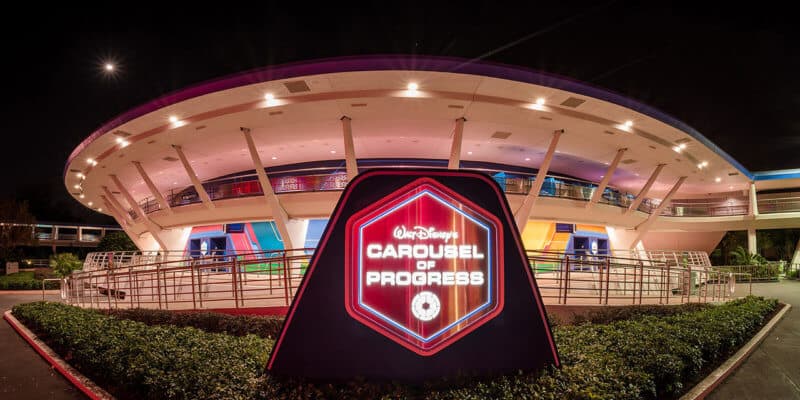 Over the years we’ve seen the occasional incident at the Walt Disney World Resort involving guests behaving poorly, however they’re usually quickly taken care of by Cast Members and the situation blows over pretty quickly. According to the video below, guests visiting Walt Disney’s Carousel of Progress in the Magic Kingdom tonight took it upon themselves to climb onto the stage.

The video shows a guest getting extremely close to one of the audio animatronics, before another guest rushes the stage and appears to attempt to take him down from the stage, though as you’ll see in the footage this results in both guests stumbling on stage and with such a short video and limited details out thus far the interaction is still unclear.

According to guests who may have been in this part of the ride’s rotating theater when the incident occurs, the guests involved with climbing on stage may have been under the influence of an unknown substance, though no motivation for the incident can be confirmed at the moment. Other guests have reported that Cast Members stepped in right away, while some users on Twitter are suggesting that other guests in the theater were the ones to remove these two guests from the stage.

Walt Disney’s Carousel of Progress does have the somewhat regular incident of guests leaving the theater before it makes its final rotation around the show scenes (which poses a safety issue as guests should obviously not be leaving the theater while the ride is moving). However in these instances, the seating area that moves is stopped by Cast Members, and while it is certainly an inconvenience for guests watching the show, this typically the only kind of guest issue that takes place at the attraction- As far as we know rushing the stage is definitely a new one!

Obviously climbing onto the stage (or out of a vehicle or into any non-guest area) is something we would discourage any guests from doing, especially for safety reasons and as more information comes out regarding this incident it will be interesting to see how Cast Members dealt with the guests involved.

We’ll be sure to update this story with more details as we have them.