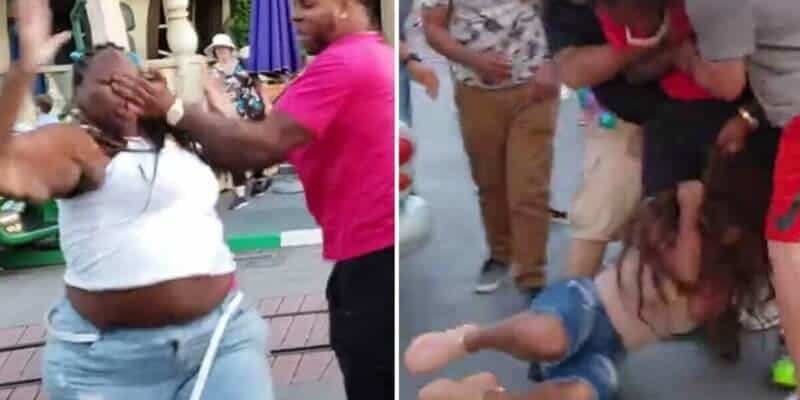 As we all know, theme parks can be fun, adventurous and family-friendly places where fans and tourists can all come together to celebrate all of their favorite TV shows, movies, comic book characters and so much more. However, these places can also serve as the grounds for some pretty wild and vile crimes as well that can ruin the magic for everyone.

Just recently, we shared a viral fight between a family visiting Disneyland that’s taken over the internet. But, this instance is only one of many of the not so family-friendly experiences that have taken place at the major theme parks.

In 2017, a drunken teenager attacked an 11-year old girl at Epcot

A Kansas City mother settled a lawsuit with Walt Disney World in June after suing the company because her 11-year-old daughter was randomly attacked by a drunken, Mickey Mouse Ear headband wearing teenager at Epcot in 2017.

According to the lawsuit, which sought more than $15,000 in damages in Orange Circuit Court, Melissa Webber sued Disney in 2018, accusing the company of serving alcohol to someone underage and for not keeping guests safe.

The drunken teenager, a 17-year-old girl from Naples, was also accused of attacking another person at the park and was arrested and charged with child abuse, battery and criminal mischief.

The 11-year-old girl was on vacation with her family from Kansas when she was attacked. The 17-year-old teen, who had also punched another girl at the park as well the same day, grabbed the child by her hair and pulled her down violently into a trash can.

In a fight over a disabled parking spot at Disney’s Animal Kingdom in February, an elderly man allegedly pointed a handgun at a Lake Mary couple, according to Orange County sheriff’s records.

A 62-year-old woman and her 60-year-old husband, both Disney annual pass holders, waited for a car to back out so she could take the spot in the parking lot. This was when a man driving a gray SUV from the opposite direction sped up and tried to cut them off to get the space. According to the woman, the driver in the gray SUV almost crashed into them.

According to a sheriff’s incident report, the woman’s husband raised his right fist at the SUV driver who responded by lifting a semi-automatic handgun above the steering wheel and pointing it at them.

The SUV driver’s passenger disputes this account of the situation.

Authorities later found the SUV driver at the security checkpoint with his passenger, a 65-year-old woman from Greensboro, N.C. The Woman told authorities he made an angry gesture with his wallet, not a gun in his hand. She also said they were concealed weapon permit holders and they did have a gun in the vehicle.

It was later found that the sheriff’s office did obtain a search warrant from a judge to search the man’s vehicle, but on the incident report, the findings of the search were redacted.

Disney Parks aren’t the only place where tourists and park guests have acted in a manner that wasn’t family-friendly. The Universal theme parks have also seen some wild and vile crimes as well.

Comments Off on Crazy people descend on theme parks: A round-up of wild guest behavior