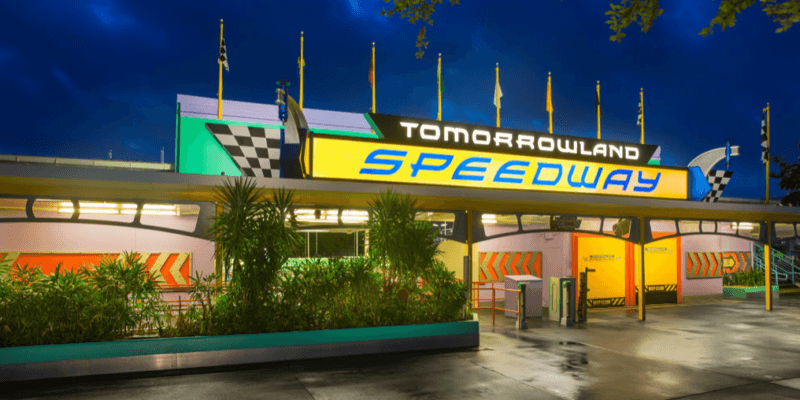 A rumor has recently been making its way across social media and various news outlets that Tesla will become the new sponsor of the Tomorrowland Speedway attraction in Magic Kingdom. But even though fans were pretty excited about the idea of Elon Musk negotiating a deal with Disney, Walt Disney World has squashed the rumor, simply stating that it is not true.

Disney shut down the rumor on the official Walt Disney World Today account in a reply to a Twitter user. The user had shared an article with the headline, “Tesla to make Tomorrowland electric in new partnership with Disney, sources say,” and asked “Is this a thing?” before tagging Walt Disney World Today in the Tweet and saying they were excited about the possibility. But it wasn’t long before Disney responded, telling the user to “Please know that this information is not true.”

Hi, there! Thank you for your sharing your interest in Tomorrowland. Please know this information is not true.

Even though Disney replied to the rumor the same day many news outlets reported it, the nature of the response being a Twitter reply likely caused it to go unnoticed for some time. Still, several sites who initially reported a possible upcoming partnership between Tesla and Walt Disney World for Tomorrowland Speedway have since changed the headlines of their articles and some have even taken their posts down completely.

Numerous rumors surrounding attractions at Walt Disney World have been circulating the web lately, from talk of a reimagined Enchanted Tiki Room to the false allegation that the Country Bear Jamboree would be replaced. Both of these rumors have since been shut down in articles published on the Disney Parks Blog. No matter how true a rumor may seem or how much fans wish it would be true, it turns out not everything we read about Disney on social media or even on news websites is true.

But as Teslarati points out, just because Disney and Elon Musk haven’t partnered now doesn’t mean they won’t in the future. It’s not uncommon for a major car company to sponsor attractions like Tomorrowland Speedway at Magic Kingdom. A similar attraction, Autopia, at Disneyland in Anaheim is sponsored by Honda. Plus, with Walt Disney World guests often complaining about the exhaust smell surrounding Tomorrowland Speedway because of the cars the attraction uses, we wouldn’t be surprised if Disney wanted to go electric sooner or later.

So far, Tesla and Disney aren’t partnering on Tomorrowland Speedway as far as we know, but we’ll share the news if anything changes.

What do you think of Tomorrowland Speedway not getting a new sponsor anytime soon? Let us know in the comments!