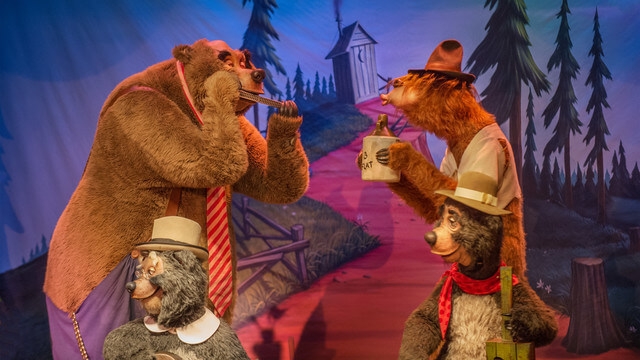 Disney seems to be making a concerted effort to kill the rumor mill regarding upcoming park changes. As we shared earlier this week the widely circulated Enchanted Tiki Room rumor was squashed by Disney World in a surprise announcement on the Disney Parks Blog website. If you recall earlier this month Disney also put to rest the “The Land and The Seas pavilion” rumors with this tweet.

There are big plans for Epcot, Kaz. We do have new pavilions joining, like the play-themed pavilion and the Guardians of the Galaxy-themed roller coaster, but The Land and The Seas with Nemo & Friends are planned to be with us into the future.

For those of you keeping score at home that is 2 strikes against the rumor mill this month and today came strike 3 as Disney Parks Blog is at it again putting to rest the rumored changes to Country Bear Jamboree. Personally, I’m slightly disappointed that this rumor isn’t coming true as I hold a viewpoint in the minority that any change to the attraction would be a welcome one, but I digress. The important tidbit is that Walt Disney World is not planning to re-theme or change the iconic attractions that have many up in arms.

For those of you not familiar with Country Bear Jamboree and the love and adoration many guests have for this beloved attraction take a look at 45 years of happy hoedown: The Country Bear Jamboree. You will see why many think I’m off my rocker when it comes to wishing a change was in store for this attraction. But enough about my feelings this wasn’t an Inside the Magic rumor nor was it one we ever considered reporting. 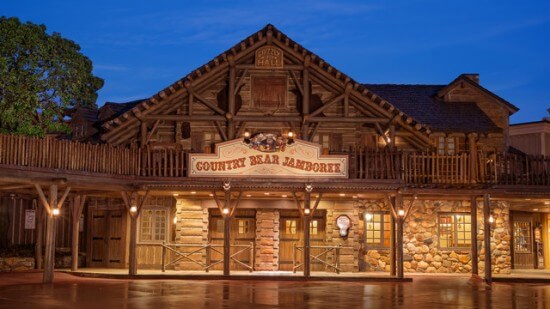 On the Disney Parks Blog, the company issued the following statement:

With all of the news we’ve shared, we “fur-got” to mention our friends over at the Country Bears. Our Imagineers are always looking at ways to bring more magic to our guests through experiences and stories they know, but contrary to rumors, Country Bear Jamboree is not going into hibernation any time soon.  In fact, we’re looking forward to celebrating its 50th anniversary on Oct. 1, 2021, with Henry, the Five Bear Rugs and the rest of the gang. Until then, “we hope that you’ll be comin’ back again; that you’ll drop in and see us now and then.”

With all of these rumors which had the attraction getting a Toy Story Woody’s Roundup overlay being put to rest by Disney, I want to share Inside the Magic’s editorial viewpoint for what its worth. First reporting rumors on a fan site like Inside the Magic or for that matter many other sites you might read is only natural. As fans of Disney parks part of the fun is speculating and discussing these things. 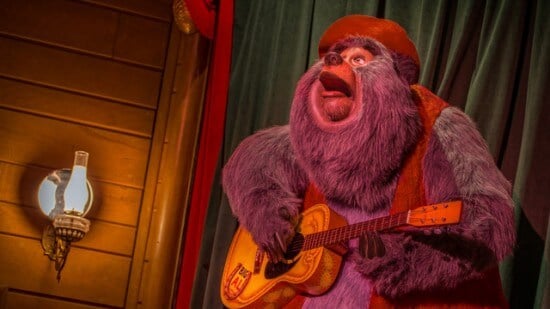 But we also know occasionally, Cast Members who share speculation that eventually becomes a reported rumor leads to that Cast Member’s termination. The sites who take these rumors first hand are well aware their actions could spell doom for the Cast Member in question, but the desire to share a good story wins the day. I applaud Disney’s stance as the fan in me wants Disney to make magic happen for its guests, not respond to bird-brained rumors and bear-ly believable stories. For that reason Inside the Magic falls firmly on the side of Disney and has taken a stance against sharing any news that comes to us directly from anyone claiming to have “inside information.” But we will share a rumor after we see it reported elsewhere only if we believe there is at least some believability to that rumor. Even then we hope our readers will take all rumors we report with a grain of salt.

While I have no personal insight to the source or validity of the 3 rumors in question, none of the 3 seemed all that likely to those of us at Inside the Magic so give us credit if you want for getting lucky this time around. Our editorial procedure saved us any headache in retracting these rumors. But I want to also point out that we’ve gotten plenty of rumors wrong (mostly around movie news) so I’m not about to celebrate too much for also getting some of these right. If there is anything we get right in this process, it’s our insistence to not respond to leads directly from “sources.”

But what is your take? Should we share a little more, little less, or have we gotten the mix just right? Also, what are your thoughts on the beloved attraction staying just the way it is? Let us know in the comments below! 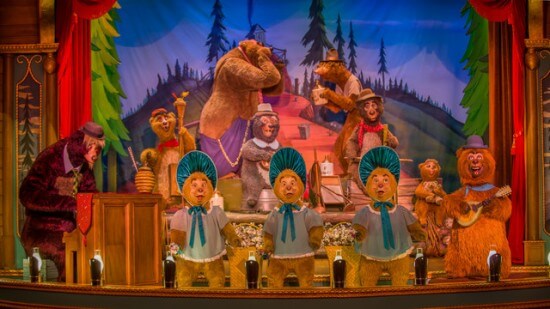