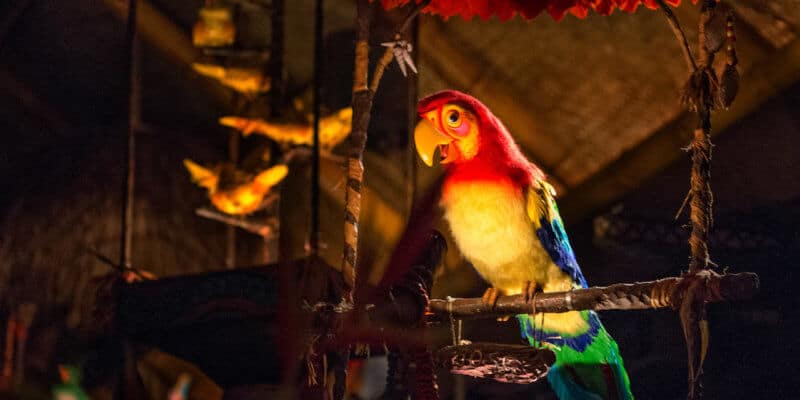 Walt Disney’s Enchanted Tiki Room is one of Walt Disney World’s most beloved attractions as it’s been a part of Magic Kingdom since park opening, when it was first known as Tropical Serenade. And recent rumors questioned whether or not Disney was going to keep the staple attraction as is or if they were thinking of re-theming the show. However, the company has just issued a very direct response to these rumors.

On the Disney Parks Blog, the company issued the following statement: “A little birdie told us there are some rumors flying around about our beloved Tiki birds at Walt Disney World Resort. We’re sorry that our fans are being fed incorrect information by unscrupulous sources. While “toucan” play at that game, we deal in facts here at the Disney Parks Blog. Although we won’t address every rumor, we want to set the record straight: there are no plans for our feathered friends to fly the coop any time soon. We’re constantly evolving our stories, but these birds will continue entertaining our guests at the Magic Kingdom Park just as they have done since 1971.”

The rumor questioning the future of the attraction first sparked waves on social media this morning. In the company’s post on the Disney Parks Blog, they not only refuted the rumor but they also went on to share some facts about the attraction for fans to share with their friends:

For those not familiar with the attraction, it sits in Magic Kingdom’s Adventureland–right next to the Jungle Cruise. The technology created for the attraction allowed animators to synchronize movement, audio, and visual effects, which helped pave the way for other classic attractions like it’s a small world, Pirates of the Caribbean and Haunted Mansion.

What are your thoughts on the beloved attraction staying just the way it is? Let us know in the comments below!