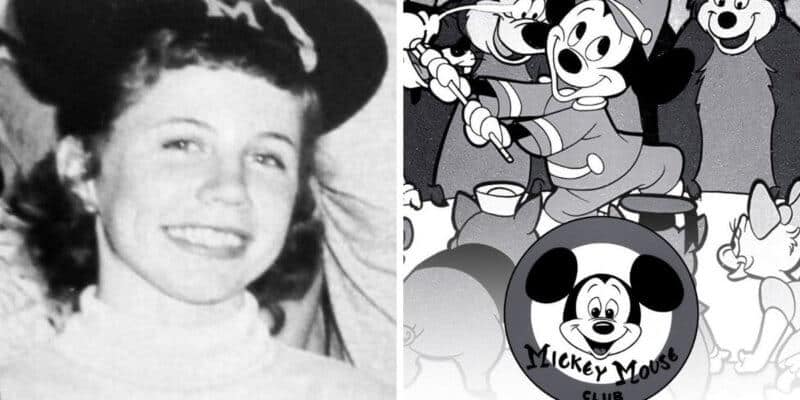 Inside the Magic is sad to report that the world lost one of its original “Mouseketeers” of the classic Mickey Mouse Club TV series earlier this week.

TMZ shared that Bonni Lou Kern passed away at age 79 earlier this week. According to the Wayne County Health Department, Kern died from natural causes on Monday, September 28, in Wooster, Ohio.

The original version of The Mickey Mouse Club aired on television from 1955 to 1958 and had over 180 episodes.

Kern’s obituary states that there would be no services held but online tributes may be made at www.RobertsFuneralHome.com. Also, memorial contributions in lieu of flowers may be made to COPD Foundation in Miami, FL.

According to Kern’s family, Bonni was the recipient of a “Mousecar Award,” which is the highest award Disney gives out, and was also reportedly given “the key to Fantasy Land.”

Unfortunately, Kern isn’t the only original “Mouseketeer” to have passed away in recent years. In early 2019, Dennis Day’s body was found in his home by police, who had gone missing the year prior without a trace.

Also in 2019, original “Mouseketeer”, Karen Pendleton, who was also from the first The Mickey Mouse Club in 1955, died at the age of 73 after suffering a heart attack.

You can watch a clip of the original The Mickey Mouse Club, starring Kern, here:

Our thoughts and prayers go out to Kern’s family and friends. Rest in Peace.