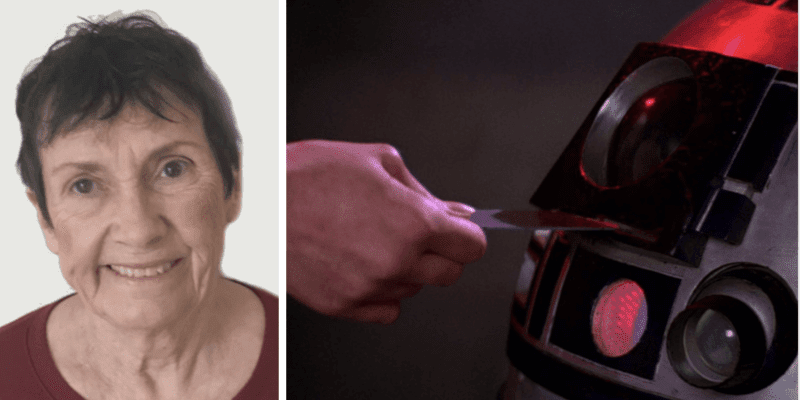 Penny McCarthy, an actress from the original Star Wars trilogy, has passed away.

According to a ComicBook.com article about Ms. McCarthy’s work on George Lucas’s films, she “had several roles working on the original Star Wars due to the almost guerrilla nature of the filmmaking involved.”

The article continued, detailing her various roles, which included “an assistant auditor, as well as a hand double/stand-in for Carrie Fisher in Star Wars. She also played a Cantina Band Member, a Jawa, and Kardue’sai’Malloc, a criminal seen on Tattooine.”

The news of Ms. McCarthy’s passing was originally shared on Thursday, September 17 on the Imperial Signings Facebook page. She worked with the company making personal appearances and signing autographs.

Good Morning AllSadly we wake to the sad news of the passing of Penny McCarthy. We were very fortunate in partnership…

Good Morning All, Sadly we wake to the sad news of the passing of Penny McCarthy. We were very fortunate in partnership with Steve Grad to bring Penny over to LFCC a couple of summers ago and again to Empire Con in LA last december [sic]. Our thoughts are with her family.

ComicBook.com pointed out that, although Penny McCarthy wasn’t the most famous actress in the Star Wars franchise, she was featured in some iconic moments. They wrote, “Even the smaller roles McCarthy played were pretty memorable ones for hardcore Star Wars fans. She was the “restraining bolt” Jawa in A New Hope, one of the only ones to have anything resembling a personality, and the beat where she was the hand double for Leia? The close-up shot of Leia inserting the disc into R2-D2.”

In addition to her Star Wars work, Ms. McCarthy was also involved in a number of other films throughout the 1970s and 1980s, including iconic Rolling Stones documentary Let’s Spend the Night Together and Bright Lights, Big City with Michael J. Fox.
Ms. McCarthy’s cause of death has not been released.
The ITM team sends our thoughts and condolences to her family during this difficult time.

Comments Off on ‘Star Wars’ Original Trilogy Actress Passes Away