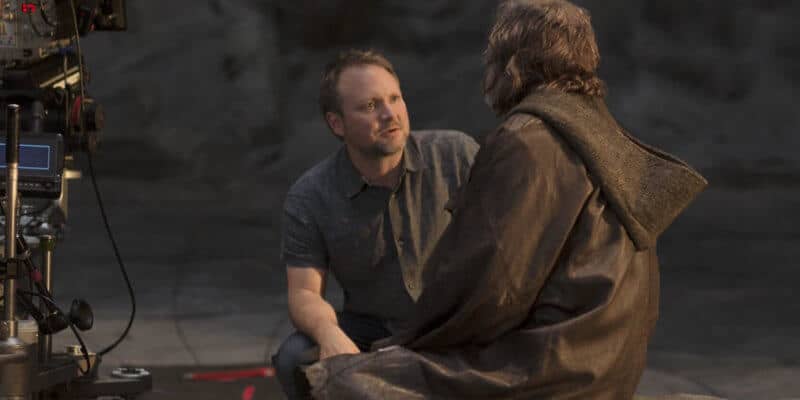 Half a decade has passed since Rian Johnson’s Star Wars directorial debut caused absolute chaos in the galaxy far, far away. The much-discussed follow-up to Lucasfilm’s first effort under the leadership of President Kathleen Kennedy and The Walt Disney Company, Star Wars: Episode VII — The Force Awakens (2015), came under fire for its story, characters, utilization of legacy characters, and more.

This September, Johnson will revisit Star Wars: Episode VIII — The Last Jedi (2017) in what promises to be a “deep-dive” hopefully into the machinations of the movie, the controversy post-release, and its existence in the Star Wars fandom today.

The Walt Disney Company acquired Lucasfilm in 2012, and three years later the highly-anticipated sequel trilogy began. This time it was not George Lucas at the helm or wielding the pen, but JJ Abrams, and instead of the famous trio of Luke Skywalker (Mark Hamill), Han Solo (Harrison Ford), and Princess Leia (Carrie Fisher), it was Daisy Ridley’s Rey, John Boyega’s Finn, and Oscar Isaac’s Resistance pilot, Poe Dameron.

The Force Awakens went on to earn over $1 billion at the global box office and marked the beginnings of what was meant to be a celebratory time for Star Wars fans with the continuation of the beloved Skywalker Saga, ten years after the end of the prequel trilogy with Star Wars: Episode III — Revenge of the Sith (2005).

Although, it would not be. What happened next sent a fissure through the fandom, and Johnson’s The Last Jedi is still one of the most contended movies in recent memory. The critics loved it, while fans overwhelmingly bashed the sequel, even going so far as to call a trilogy refresh.

The movie delved deeper into the inner workings of the Force, showcasing abilities never-before-seen in Star Wars live-action. From General Leia saving herself from the vacuum of space to a Force-projected Luke Skywalker dueling Kylo Ren (Adam Driver) on Crait, and Ren and Rey’s burgeoning connection, Johnson took big swings in The Last Jedi — and they mostly backfired. The film also introduced new characters like Laura Dern’s Vice-Admiral Amilyn Holdo and new locations like Canto Bight, all while the Resistance was on the run from the First Order.

Sure, there are presumably legions of fans that stand by Johnson’s Star Wars movie as one of the Saga’s more original feature films, but it would seem Abrams’ return to the franchise after replacing Jurassic World (2015) director Colin Trevorrow would grind The Last Jedi into the red-dusted dirt, isolating the movie even more so than before.

Star Wars: Episode IX — The Rise of Skywalker (2019) seemingly aimed to bypass the stories set up in The Last Jedi, almost removing its place in the sequel trilogy completely. Instead of building upon the hidden Jedi younglings seen in Johnson’s movie, and giving audiences a new big bad, The Rise of Skywalker brought Ian McDiarmid’s Emperor Palpatine — and the Death Star — back from the dead along with all-new components like the Sith Eternal, the planet Exegol, and the Emperor’s cloning facilities — yes, Supreme Leader Snoke was just a failed vessel of Palpatine’s.

Five years after his Star Wars debut, Johnson will revisit his movie in a world exclusive next month. Empire‘s September issue will feature an in-depth look at Johnson’s Knives Out (2018) sequel, Glass Onion: A Knives Out Mystery (2022), complete with Daniel Craig’s Benoit Blanc on the cover. And while the follow-up to Knives Out is a serious Hollywood hot topic, Johnson will also “deep-dive” into his Star Wars past. The synopsis of the issue reads, in part:

Not only that, but we celebrate Johnson’s entire career so far – with a major new deep-dive into the legacy of Star Wars: Episode VIII – The Last Jedi, now a half-decade old, and a photographic journey through Brick, Looper, Breaking Bad and more featuring Johnson’s own archive of on-set snaps.

Just in what capacity The Last Jedi will be explored is unknown but fans can find out when the issue drops on September 1.

It seems the hatred of The Last Jedi, and the Star Wars sequels as a whole have diluted somewhat likely due to the franchise’s current output on Disney+. John Favreau and Dave Filoni’s The Mandalorian starring Pedro Pascal has partly healed the craters left in the wake of the sequel trilogy, as has the Star Wars: The Bad Batch, The Book of Boba Fett, and Obi-Wan Kenobi. Lucasfilm’s smörgåsbord of streaming content has put the wampas at bay, but it is only time until fans crave the return to the big screen.

And despite Lucasfilm President Kathleen Kennedy saying movies have been on the agenda all along, both Patty Jenkins’ Rogue Squadron and Taika Waititi’s untitled Star Wars project, have not had promising updates.

Will you be reading this Rian Johnson deep-dive this September? Let us know in the comments down below!