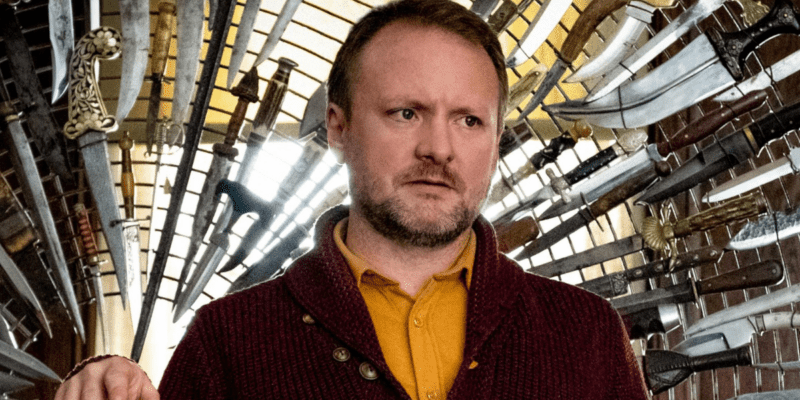 Rian Johnson, the most controversial Star Wars director, has officially announced his long-awaited sequel for Knives Out (2019).

Rian Johnson is infamous for Star Wars: Episode XIII – The Last Jedi (2018), the most hated and “toxic” Lucasfilm movie in history.

Garnering unprecedented online hate and even threats, Johnson was blacklisted by the Star Wars community and much of the general public. Lucasfilm reportedly scrapped his Star Wars trilogy following The Last Jedi, and his Hollywood future looked bleak until Knives Out (2019).

Netflix soon took up Rian Johnson full-time for an announced Knives Out 2 and 3, but there was little news surrounding the new movies. Other than Daniel Craig earning a record-breaking $50 million for each Knives Out sequel, fans were left wondering what was next for Benoit Blanc.

Now, Knives Out 2 has transformed into Glass Onion:

The ‘Knives Out’ sequel will be titled ‘GLASS ONION’.

The ‘Knives Out’ sequel will be titled ‘GLASS ONION’. pic.twitter.com/9wgeisJmZJ

“Glass Onion” was reportedly coined by The Beatles co-founder John Lennon upon describing the signing of Badfinger to Apple Records in 1968, citing “transparency” and “multiple layers.”

Fans are aside themselves with this announcement, wishing that the movie was coming out sooner:

Glass Onion: A Knives Out Mystery is coming to Netflix this holiday season.

With Obi-Wan Kenobi currently streaming on Disney+ and Andor just around the corner, every Star Wars fan has more than enough content coming before The Bad Batch season two and The Mandalorian season three.

With Taika Waititi’s untitled Star Wars film up next to Lucasfilm, the Star Wars universe and Skywalker saga are set to expand their horizons and change everything that fans know about the Star Wars saga.

Are you excited about this Rian Johnson movie? Comment below!