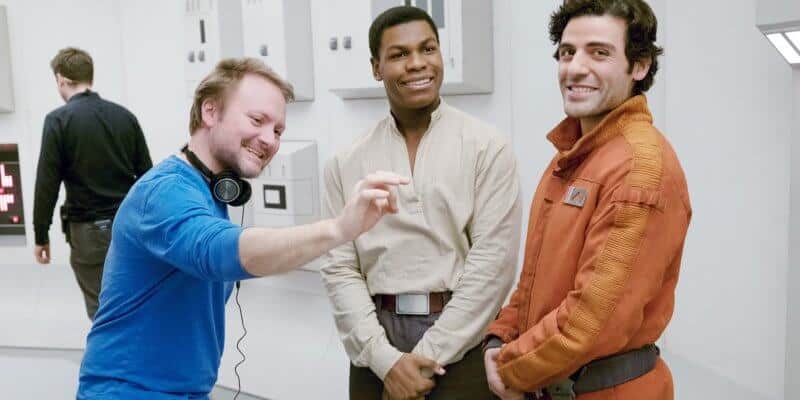 Director Rian Johnson (Knives Out) became one of the most divisive figures in the Star Wars fan community following the release of Star Wars: Episode VIII – The Last Jedi (2017).

Now, despite Johnson’s own assertions to the contrary in an interview with journalist Sariah Wilson earlier this year, it seems that his planned Star Wars trilogy — which was originally announced by Lucasfilm in 2017 — has been “shelved” along with Patty Jenkins’s Star Wars: Rogue Squadron.

Jenkins (Wonder Woman, Wonder Woman 1984, I Am the Night) saw her fighter pilot film taken off the production schedule last week amid reports of “creative differences” with the Lucasfilm Story Group and Lucasfilm President Kathleen Kennedy.

Per one recent article:

…Game of Thrones creators David Benioff and D.B. Weiss exited their own Star Wars project, a new trilogy of films that would have reportedly explored the origin of the Jedi. And Belloni asserts that one other project has been quietly “shelved” due to creative differences, too.

“It also happened to Rian Johnson,” reveals Belloni, “whose own planned trilogy was shelved.”

The trilogy that was announced in 2017 ahead of the release of The Last Jedi has been the subject of heavy speculation over the past few years, but Lucasfilm has said very little about the project since the original announcement.

…Johnson’s trilogy is believed to revolve around the Force-sensitive broom boy that was first revealed at the end of Star Wars: The Last Jedi. Reportedly, the trilogy is set to take place long after the events of Star Wars: The Rise of Skywalker where Jedi are found in great numbers and Rey (Daisy Ridley) mentors this broom boy.

Details on The Last Jedi Backlash

Sequel trilogy star Boyega has been outspoken about feeling sidelined as a Black actor throughout The Last Jedi and its sister films — Star Wars: Episode VII – The Force Awakens (2015) and Star Wars: Episode IX – The Rise of Skywalker (2019). Furthermore, Kelly Marie Tran (Rose Tico) faced toxic commentary regarding her acting skills and the character she portrayed.

Even Star Wars icon Mark Hamill (Luke Skywalker) was unhappy with how the Jedi Master’s story ended in the Skywalker Saga. He died somewhat unceremoniously on Ahch-To while using the Force to aid the Resistance, including his twin sister, Princess General Leia Organa Solo and young Jedi Rey, from afar.

At this point, The Last Jedi is widely regarded as the worst Star Wars movie in history. When Johnson’s trilogy was not even mentioned during Lucasfilm’s portion of the 2020 Disney Investor Day event, many believed the project had been scrapped. And, now, it seems that might finally be the case.

Are you glad to see Rian Johnson’s Star Wars trilogy get shelved?