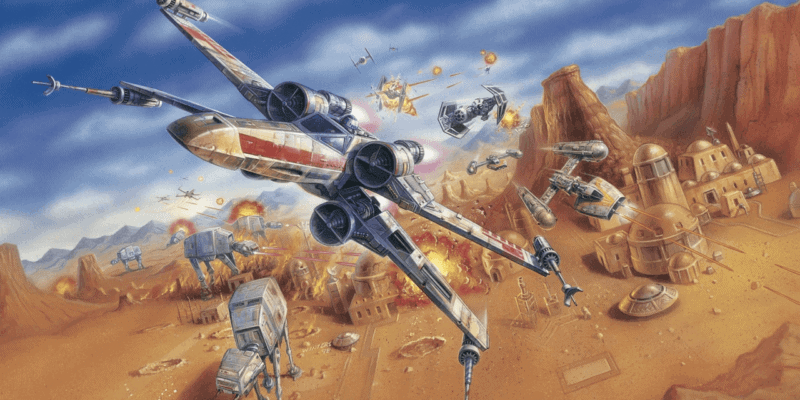 When Lucasfilm President Kathleen Kennedy announced the next Star Wars feature film — Patty Jenkins’s Rogue Squadron (2023) — at the 2020 Disney Investor Day event, we weren’t given many details about what to expect from the movie, other than the fact that Jenkins’s official Tweet [below] about the Star Wars project featured a video of her at an airfield, teasing the starfighter pilots who will appear in her Star Wars movie.

The daughter of a fighter pilot father herself, Jenkins (Wonder Woman, Wonder Woman 1984, I Am the Night) has said she wants her entry into the Star Wars story to be “the greatest fighter pilot movie of all time.”

The director certainly has her work cut out for her, given the generally divisive nature of the Star Wars sequel trilogy — Episode VII – The Force Awakens (2015), Episode VIII – The Last Jedi (2017), and Episode IX – The Rise of Skywalker (2019). Now that the Skywalker Saga is over, however, Rogue Squadron has the ability to take the Star Wars franchise in an entirely new direction, and it seems as though that is exactly what Jenkins is planning to do.

Despite tapping comedic screenwriter Matthew Robinson (The Invention of Lying) and having a script that actor Chris Pine has deemed “really, really great,” Rogue Squadron has seemingly hit some production snags already.

The movie was seemingly scrapped entirely at one point before being re-added to Lucasfilm’s production schedule. And, now, although the upcoming Star Wars movie still appears in its December 2023 slot on Disney’s movie release calendar, it has been conspicuously left out of the company’s CinemaCon presentation.

Per an article regarding Disney’s panel at the Las Vegas event:

Disney’s presentation spotlighted beloved franchises like the Marvel Cinematic Universe, Indiana Jones, and Avatar. To the disappointment of fans, not only was Rogue Squadron omitted from the presentation, but a graphic that featured the upcoming slate of Disney’s films didn’t include the logo of the upcoming adventure.

Whenever the movie does come to fruition, it is likely to show a different side of the Rebel Alliance that doesn’t focus so heavily on Jedi Knight Luke Skywalker (Mark Hamill), Princess Leia (Carrie Fisher), and Han Solo (Harrison Ford), like George Lucas’s original trilogy — and the rest of the Skywalker Saga, for that matter — did.

The 1998 Nintendo 64 Star Wars: Rogue Squadron game, in particular, has a cult following. Wookieepedia shares these details about the plot:

Jenkins previously told IGN that her interpretation will take influence from both the LucasArts games and the “X-Wing: Rogue Squadron” novel series, but with an “original story”:

Are you looking forward to Rogue Squadron?