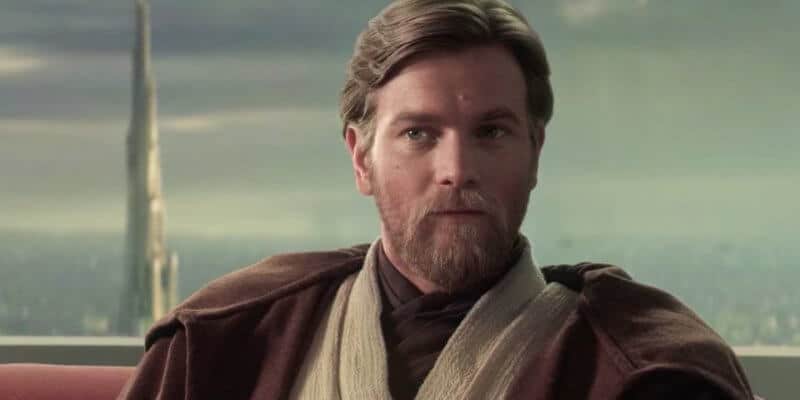 A recent crossover may have hinted at a concerning new detail for Ewan McGregor’s Obi-Wan.

Unless you live under a rock as a Star Wars fan, you know that McGregor is reprising his role as Obi-Wan Kenobi in his own series debuting this Friday. Fans are beyond excited to not only see Kenobi back in action but to see Darth Vader fight the exiled Jedi Master.

With all the excitement, fans still have some reservations about the series as some actors have said some questionable things about the series, but it’s hard to judge how it will affect the overall story. On the other hand, a new crossover with Fortnite may have confirmed some fans’ worst nightmares.

A few weeks ago, Kenobi received the lowest TV rating for any Star Wars live-action series, and that was fine because the series didn’t need to be super violent, but it seems that there may be more reasons why the show doesn’t have a lot of graphic violence. Fortnite has made a crossover bundle with the new series and doesn’t include Kenobi’s iconic lightsaber as he gets a special knife instead:

This is concerning because fans know that Fortnite is pretty good about advertising what to expect from the series with their cosmetics, but if Kenobi’s lightsaber isn’t available with the bundle, the real question would be why. One reason why is because Kenobi barely uses it. A lightsaber would draw unwanted attention from the Empire, but that shouldn’t stop the Jedi Master from using it every episode.

It’s possible that Lucasfilm may be retreading old ground from the Sequels as Mark Hamill’s Luke Skywalker never really used a lightsaber to duel anyone in the Sequel Trilogy — his “fight” with Adam Driver’s Kylo Ren doesn’t count. We do know that Kenobi will be in some lightsaber duels, but that doesn’t mean he won’t avoid using his weapon at all costs as Luke Skywalker did.

Star Wars: Episode VIII — The Last Jedi (2017) not only divided fans, but also had one of the worst action sequences, as the Praetorian Guards didn’t even use a lightsaber, but instead used bizarre weapons against Rey and Kylo Ren. Hopefully, the action sequences will be a lot better in Obi-Wan Kenobi and not anything close to what the Sequels lazily did.

If Kenobi ends up being like Luke, then fans will be furious at Disney for repeating the awful mistake once more. It truly is odd that the crossover event labels the knife as “Obi-Wan’s Blade” as it sounds like Star Wars is replacing his lightsaber, but it’s hard to say without watching the series. It won’t be long before Kenobi is finally out and fans can see for themselves if the highly anticipated series can deliver.

Are you concerned for Obi-Wan Kenobi? Let us know your thoughts below!