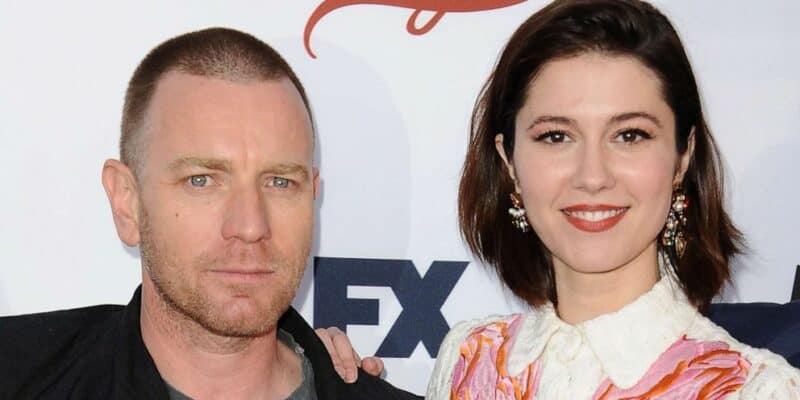 Christensen, in fact, recently spoke out about how the Star Wars fandom has “finally embraced” him after all these years.

Recently, the stars of the show — which is due to drop its first two episodes on Disney+ on May 27, 2022 — have been doing a press tour to share details about their return to the Star Wars galaxy.

In a new Vanity Fair article that covers many of the live-action Star Wars series on Lucasfilm’s slate, McGregor shared an amusing thought about his young son’s future fandom — particularly now that his new wife, Mary Elizabeth Winstead, is appearing in Mandalorian spinoff, Ahsoka:

“My partner, Mary, is doing that Star Wars series with Rosario and she’s about to start,” he says. Lucasfilm hadn’t previously confirmed rumors that Mary Elizabeth Winstead will be in Ahsoka, but…now they don’t have to. “Our little boy has been born into this massive Star Wars family,” says McGregor, whose son with Winstead was born last summer. “He will either embrace it or really go the other way. I don’t know. Maybe he’ll be a Trekkie!”

While specific details of the series are being kept under wraps, which is very typical for the Star Wars franchise on Disney+, we do know that the show will follow Kenobi’s exile on Tatooine about eight years after Revenge of the Sith and the execution of Emperor Palpatine’s (Ian McDiarmid) Order 66.

Are you excited to watch Obi-Wan Kenobi?