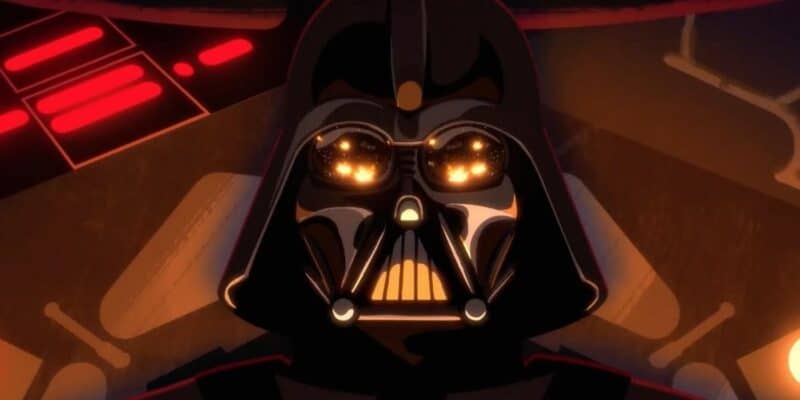 But despite the fact that live-action shows appear to be taking over, they’ve still got a lot of catching up to do with the animated side of the faraway galaxy. There are currently several Star Wars animated shows, including both canon and non-canon entries, and we’ve decided to rank them from worst to best (although we won’t be counting any of the LEGO shows).

Star Wars Roll Out (2019) is a kid-friendly animated series which features Star Wars characters depicted as droids similar to BB-8. While the younglings will probably love it, there’s really nothing here for us Jedi Masters, unless you’re a fan of the animated series South Park (1997).

While it seems we’re being unfair to the micro-shows, the truth is that there’s just not much to take away from most of them. Star Wars Blips (2019) focuses on droids such as BB-8 and the porgs, which are just as annoying as they are in Star Wars: Episode VIII — The Last Jedi (2017).

If you happen to be a fan of the furry little natives from the Forest Moon of Endor as seen in Star Wars: Episode VI — Return of the Jedi (1983), then you might find some nostalgia with the ’80s cartoon series Star Wars: Ewoks (1985). Otherwise, there’s very little to love 37 years on.

Star Wars: Droids (1985) ranks one place higher than Ewoks largely because C-3PO and R2-D2 are fan-favorite Star Wars characters. Like Ewoks, if you grew up watching Droids in the mid to late ’80s, then it might hold a special place in your heart, even if it is incredibly cheesy.

Star Wars: Galaxy of Adventures (2018) is a collection of shorts that reimagine key scenes from throughout the franchise. There’s not all that much to chew on, but it’s a fitting precursor to Star Wars: Episode IX — The Rise of Skywalker (2019) and a great celebration of the saga.

Star Wars Galaxy of Creatures (2021), yet another Star Wars micro-series, should at the very least be praised for its gorgeous, color-drenched animation. Not only that, but it’s concept too, which revolves around droid SF-R3 (Matt Surges) as he studies the faraway galaxy’s wildlife.

Star Wars: Visions was a breath of fresh air, as seven Japanese anime studios unleashed their talents for this anime anthology series without being burdened by established canon. Sadly, while “Lop and Ocho” is a stand-out episode, for the most part, Visions is pretty forgettable.

Fans of the Star Wars sequel trilogy will probably defend its accompanying animated show Star Wars: Resistance (2018), which follows budding starfighter pilot Kaz Xiono (Christopher Sean). But The Clone Wars this is not, and while the 3D animation is flawless, it’s also strangely nauseating.

Star Wars: Forces of Destiny (2017) is a micro-series aimed towards younger Star Wars fans. Designed largely to sell dolls, this anthology series (which is considered canon), follows popular female Star Wars characters. It’s harmless fun if you have a few minutes to spare here and there.

Not to be confused with the long-running animated series that shot the likes of Ahsoka Tano into the realm of fan-favorite characters, Star Wars: Clone Wars (2003) is a 2D micro-series that offers a snapshot of the titular wars. While no longer canon, it’s still pretty riveting stuff.

Any direct follow-up to The Clone Wars had big boots to fill. While the tone and animation are consistent, when it comes to a compelling narrative, like The Clone Wars, which took a few years to find it’s footing among fans, it looks like The Bad Batch will also need some time to marinade.

While The Bad Batch is indeed a sequel to The Clone Wars, Star Wars: Rebels (2014) is considered the true successor. It might take you some time to get used to the downgrade in animation, but once you reach the explosive Season 2 finish line, you won’t want to stop.

The Clone Wars is widely considered to be the best animated Star Wars show, which probably explains why it ran for seven long seasons. Among the 133 episodes and the 2008 theatrical movie, there’s a lot to sink your teeth into, as well as a huge roster of rich characters.

All these animated Star Wars shows, with the exception of Blips, Roll Out, Galaxy of Adventures, and Galaxy of Creatures, are currently streaming on Disney+.

How would you rank all the animated Star Wars shows? Let us know in the comments below!