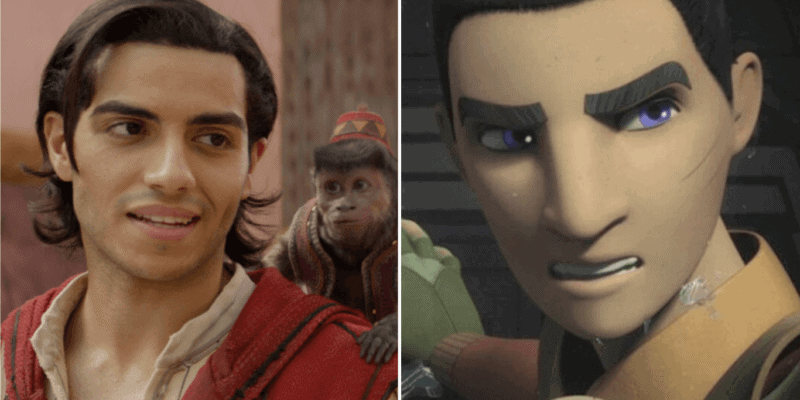 So far, Disney’s D23 Expo has been full of surprises where everyone’s favorite faraway galaxy is concerned. We finally have the official trailer for The Mandalorian Season 3 online, as well as the final trailer for the upcoming Rogue One: A Star Wars Story (2016) prequel series Andor (2022).

There has also been an update about the release date for Star Wars: The Bad Batch (2021), and the trailer reveal for yet another brand-new animated series Star Wars: Tales of the Jedi (2022). But perhaps the most surprising news was the recent live-action casting of Ezra Bridger.

And ever since the live-action Ahsoka (2023) series was announced, which will see Rosario Dawson reprise her role as the titular Togruta as seen in The Mandalorian Season 2 and The Book of Boba Fett (2021), fans have been wondering whether Ezra Bridger would be appearing.

Then, once the Rebels character was confirmed to be appearing in the show, speculation began around who would be playing the fan-favorite character, who will serve as a pivotal plot point for Ahsoka, something that was teased in The Mandalorian Season 2 episode “Chapter 13: The Jedi”.

In the Rebels finale, Ezra Bridger (Taylor Gray) winds up disappearing into the Unknown Regions with Grand Admiral Thrawn (Lars Mikkelsen), after jumping into hyperspace with the most powerful creatures in the faraway galaxy, the purrgil — space-dwelling, whale-like creatures.

The epilogue, which many fans believe takes place after the original Star Wars Trilogy, teases that Ahsoka Tano (Ashley Eckstein) and Sabine Wren (Tyra Sircar) are about to begin a search for Ezra, who hasn’t been seen since disappearing all those years ago.

Last year, when Natasha Liu Bordizzo was cast as Sabine Wren in the upcoming Ahsoka series, Star Wars fans knew that the show was shaping up to be a sequel of sorts to Rebels. And now, Ezra Bridger himself also has a live-action counterpart.

As announced during the D23 event, actor Eman Efandi has been cast as Ezra Bridger in Ahsoka.

“Eman Esfandi has been cast as Ezra Bridger in AHSOKA”

You’ll likely agree that Esfandi bears a striking resemblance to the Jedi, who will of course be much older by the time we meet him in Ahsoka, which takes place some 14 years after we last see Ezra in the Rebels finale. However, there might be some fans who are disappointed with the news.

For a long time, actor Mena Massoud, who plays Aladdin in Disney’s live-action remake, was the favorite to play Ezra Bridger, a rumor that was fuelled by the actor himself when he shared a cryptic message on his Instagram account last year.

Now, Massoud, 30, has responded to the news of the Ezra Bridger casting. Check out his tweet below:

“Glad the rumors will stop now. Never really had a fair shot at it unfortunately (1 self-tape months ago) but just wasn’t meant for me I guess. Can’t deny the dude looks exactly like Ezra. Hope it’s done justice!”

Glad the rumors will stop now. Never really had a fair shot at it unfortunately (1 self-tape months ago) but just wasn’t meant for me I guess. Can’t deny the dude looks exactly like Ezra. Hope it’s done justice!

Fans won’t have to wait long to see Eman Esfandi and Natasha Liu Bordizzo bring their respective Rebels characters to life. We will also find out whether or not Ahsoka will utilize “the World Between Worlds” concept from Rebels, which introduced time travel into the Star Wars universe.

Whether or not this will happen remains to be seen, but Ahsoka Tano herself, Rosario Dawson, did recently hint at the possibility of a Star Wars multiverse, something fans have been praying for, seeing as it could be used as a tool to wipe out the widely hated Star Wars sequel trilogy.

Hera Syndulla and Chopper are also expected to appear in the series.

Do you think Mena Massoud would have made a better live-action Ezra Bridger in the upcoming Ahsoka series? Let us know in the comments down below!