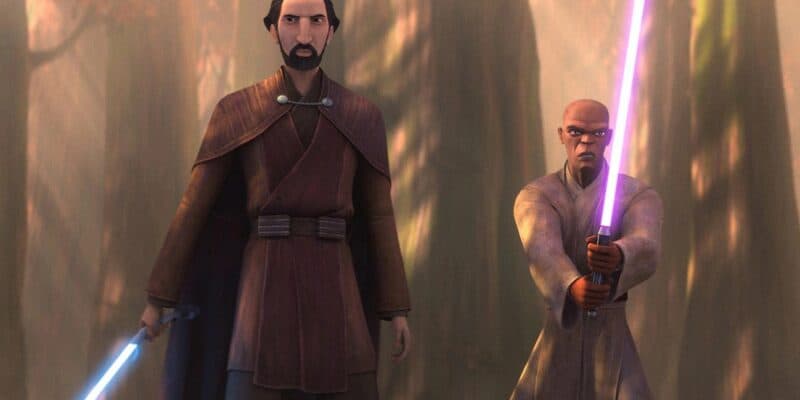 Star Wars: Tales of the Jedi arrives at Disney+ tomorrow, with all six episodes available and a star-studded cast of returning leads and new talent joining the Star Wars franchise.

2022 has been a fantastic year for fans of the Star Wars franchise thanks to shows like The Book of Boba Fett, which premiered most of its episodes during the first few months of 2022, Obi-Wan Kenobi, and Andor. However, another exciting project is taking fans back to the prequel era to learn more about the stories of two fan-favorite characters.

Star Wars: Tales of the Jedi, a Disney+ Original from the creative minds behind The Clone Wars and The Bad Batch, will premiere on Disney+ tomorrow, October 26, with all six episodes becoming available at the time of the premiere.

Tales of the Jedi will give fans an all-new insight to the formative years and life of Ahsoka Tano and Count Dooku as Jedi. The series will also bring beloved characters like Obi-Wan Kenobi, Anakin Skywalker, Mace Windu, Master Yoda back to the screen.

In addition, Tales of the Jedi will see the debut of Bryce Dallas Howard, who directed several episodes of The Mandalorian and The Book of Boba Fett, as the voice of Master Yaddle, and Micheál Richardson, Liam Neeson’s son, taking the mantle of a young Qui Gon Jinn. Ashley Eckstein will reprise her role as Ahsoka Tano, and Liam Neeson will once again return as Qui Gon Jinn.

Meet Yaddle in #TalesOfTheJedi — voiced by me *squeal* — streaming this Wednesday, October 26 only on @DisneyPlus. Thank you @dave_filoni for making this dream come true #StarWars @TheCloneWars

Meet Yaddle in #TalesOfTheJedi — voiced by me *squeal* — streaming this Wednesday, October 26 only on @DisneyPlus. Thank you @dave_filoni for making this dream come true 💫 #StarWars @TheCloneWars pic.twitter.com/oYERidKuhV

The series will be divided into three episodes for each character, Ahsoka Tano and Count Dooku. Per Variety, “Ahsoka’s three episodes focus on different points of the Jedi hero’s life, while Dooku’s episodes depict the character’s youth before he turned to the dark side. Each episode will be 15 minutes long.”

Per a document shared on the r/StarWarsLeaks subreddit, the six episodes will have the following titles.

Disney’s synopsis for Star Wars: Tales of the Jedi reads:

A 6 episode event featuring parables built around Jedi from the prequel era. Journey into the lives of two distinctly different Jedi — Ahsoka Tano and Count Dooku. Each will be put to the test as they make choices that will define their destinies.

You can click here to watch Tales of the Jedi on Disney+.

Will you stream Star Wars: Tales of the Jedi tomorrow on Disney+? Let us know in the comments below!