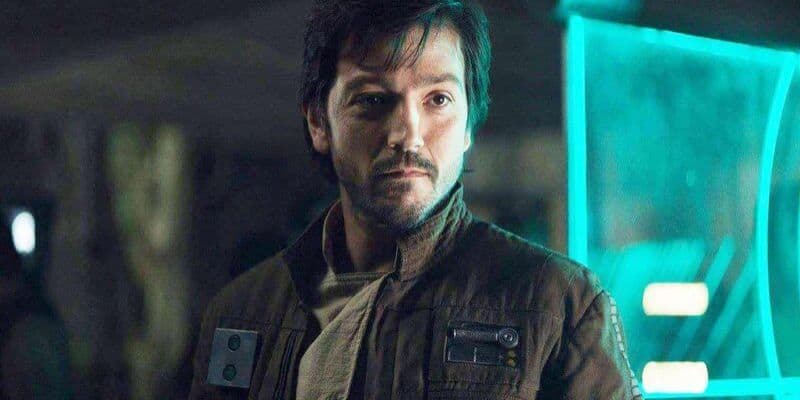 Mexican actor Diego Luna had to perform every scene for the upcoming series Andor twice, and he is hugely grateful for the opportunity to do so.

This year’s Disney D23 Expo was memorable for Disney fans, as we heard the latest news on upcoming projects coming to Disney Parks worldwide. However, the fun didn’t stop at the Parks, as we were also able to take a peek at the coming series and movies from the different studios across The Walt Disney Company, including Marvel, Pixar, Walt Disney Animation Studios, and Walt Disney Pictures, including trailers for highly anticipated sequels like Hocus Pocus 2 and Disenchanted, and even a first look at Halle Bailey’s The Little Mermaid (2023).

Related: Exclusive First Look at ‘Avatar: The Way of Water’ From D23 Expo

But of course, some of the most anticipated announcements came from Lucasfilm, as the studio’s new series were announced, including Tales of the Jedi, Star Wars: Skeleton Crew, The Bad Batch, The Mandalorian, and even Willow. But perhaps the most expected project is Andor, which will have a three-episode premiere on September 21.

During the Lucasfilm presentation, Mexican actor Diego Luna asked for a moment to share a heartfelt message with all fans, especially Spanish speakers, thanking them for their support and commenting that he had performed every scene in the upcoming series twice, for which he was hugely grateful.

Luna’s message was shared in Spanish and translates as follows:

I’m gonna send a quick, quick message just to everyone speaking Spanish here. Thank you very much to those who speak Spanish here but, more importantly, to the general audience who speak Spanish, who are watching this in Latin America, in Mexico, in Spain, in this country. We want to announce that Adria and I performed the voice acting. The voices you’ll hear in every country in Latin America and the United States if you want to watch it in Spanish are ours. And we want to thank you for all your love and support. It means so much to us and accompanies us in every step we take.

SensaCine México (@sensacinemx) shared a video of the emotional message on TikTok. You can see the video below or click here to watch it.

Spanish-speaking fans in the audience lost it when they heard the message, and viewers online were equally surprised to hear the news about Diego performing his role as Captain Cassian Andor both in English, the series’ original language, and in Spanish for Latin America.

Surely fans are eager to enjoy Diego Luna’s performance in Andor and learn more about the story of this popular character. You stream Star Wars: Andor on Disney+ on September 21.

Are you excited to see Andor on Disney+ soon? Let us know in the comments below!